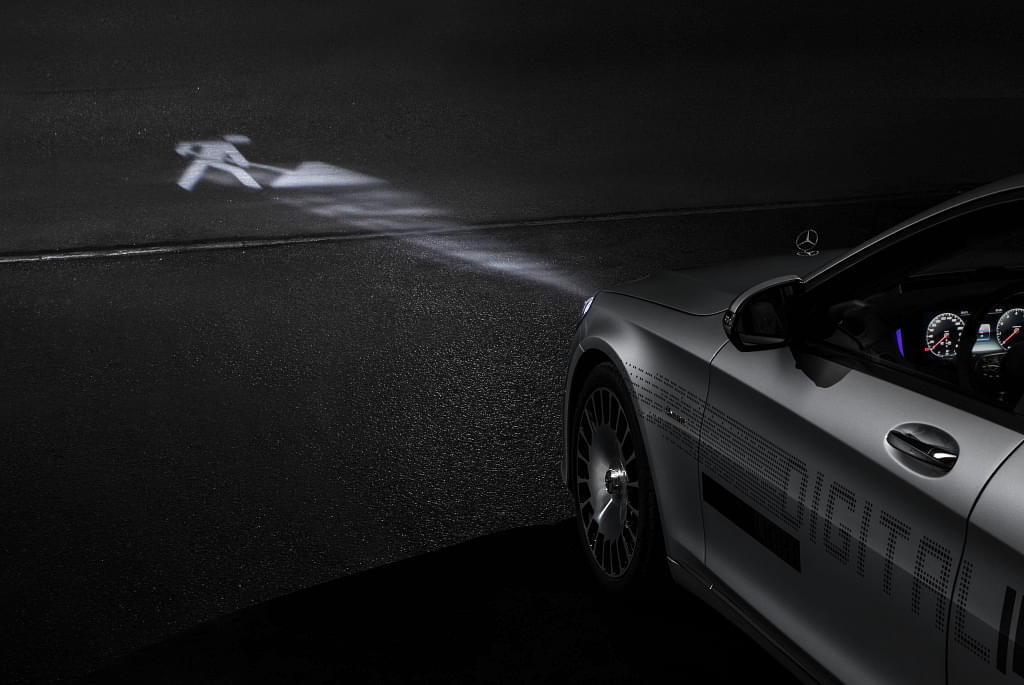 Mercedes has reportedly been working on a new headlight concept that can control the light being projected, thus acting as a digital projector in itself, reports Engadget. Named Digital Light, these lights will be available on high-end Mercedes Maybach S-Class vehicles.

With a resolution of a million pixels each, the headlights can also project warning signs on the road, especially for difficult driving situations such as blind turns. According to Daimler, if a pedestrian is found within the ‘danger zone’, an arrow is projected to indicate them to the driver. Similarly, the system will also project light trails corresponding to the width of the vehicle in construction areas to help drivers orient themselves better to the situation.

However, whether the technology will be widely adapted or not is not yet known. Countries like the United States – where Mercedes is largest manufacturer by market share among premium brands – are rather at odds with newer form of technology, especially in vehicular lighting.