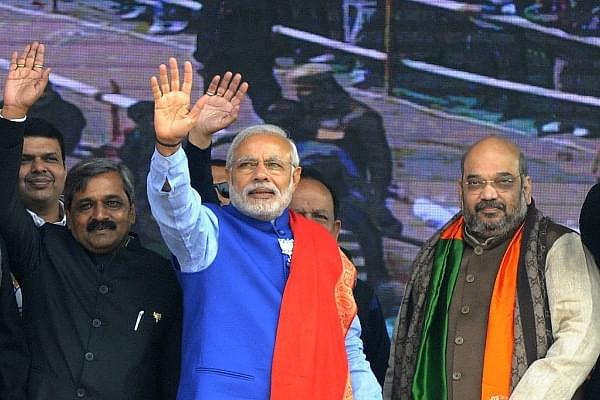 That Prime Minister Narendra Modi knows Marathi has come as a shock to many in Maharashtra, considering he is from neighbouring Gujarat, which is viewed as a competitor. On 19 October, while addressing a crowd in Maharashtra, Modi took many by surprise as he spoke in Marathi for a while. This was while interacting with beneficiaries of Pradhan Mantri Aawas Yojana. It is said that his association with Laxmanrao Inamdar might be the reason for him to understand and speak a bit of Marathi, ANI has reported.

But other sources have cited Modi’s early days as an RSS Pracharak, as the reason. During that stage, he normally stopped by at Bhate’s, a Marathi family based in the Calico Mills area at Ahmedabad. Since being a Pracharak interacting on a daily basis with people, his conversations over food helped him pick up on the language bit by bit.

Another family nearby boasted of multiple ethnic backgrounds, and in that family, there lived a young girl who spoke six languages fluently. Her mother had Bengali origins, father was from Kerala, but they lived in a Marathi neighbourhood in Gujarat. Inspired by the young girl, Modi attempted learning Marathi, at least beginning with the basics.

After this, Modi went on to work in Vadodara, which had a big base of Marathi speakers since the land was ruled years ago by the Gaekwad dynasty.