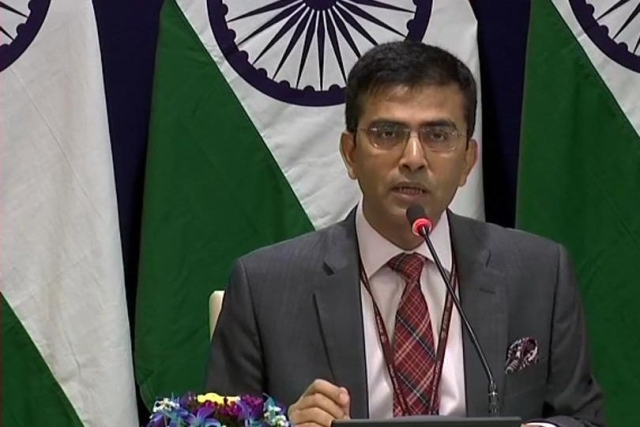 India on Saturday (9 November) rejected Islamic Republic of Pakistan's "unwarranted and gratuitous" statement on the Ayodhya verdict, saying it is a civil matter that is completely internal to India.

"We reject the unwarranted and gratuitous comments made by Pakistan on the judgement of the Supreme Court of India on a civil matter that is completely internal to India," the Ministry of External Affairs (MEA) said in a statement.

Slamming Pakistan, the MEA said that the judgement “pertains to the rule of law and equal respect for all faiths, concepts that are not part of their ethos. So, while Pakistan's lack of comprehension is not surprising, their pathological compulsion to comment on our internal affairs with the obvious intent of spreading hatred is condemnable."

The Pakistan Foreign Office on Saturday in a statement expressed "deep concern" over the Indian Supreme Court's verdict in the Ram Janmabhoomi-Babri Masjid title suit case. The Foreign Office Spokesperson said the decision has, "once again, failed to uphold the demands of justice".

"This decision has shredded the veneer of so-called secularism of India by making clear that minorities in India are no longer safe. They have to fear for their beliefs and for their places of worship," the statement from Pakistan's foreign office tried to assert.

The statement further added, "A process of re-writing history is underway in India in order to recast it in the image of a 'Hindu Rashtra' in pursuance of the Hindutva ideology. It is also fast affecting India's major institutions."