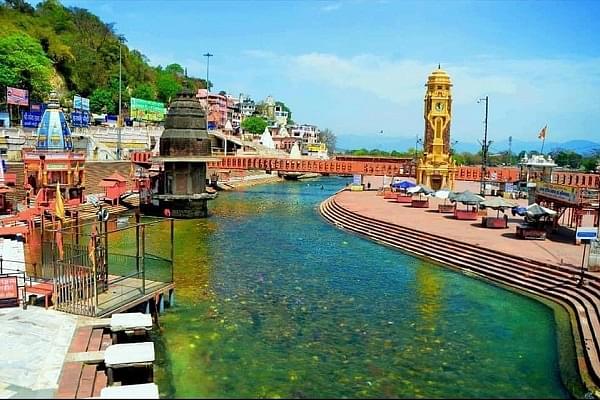 In a bid to maintain the dignity of religious places in Uttarakhand, a drive will be started by the state police against those indulging in consumption of liquor and drugs.

The development comes after a video surfaced on social media, showing an angry mob thrashing a group of men after they were caught smoking hookah at Haridwar’s Har ki Pauri Ghat. The tourists were reportedly thrashed by the mob for hurting their religious sentiments and mocking the sanctity of a holy place. They were later handed over to the local police.

"Some videos recently went viral showing people smoking hookah & dancing to the tunes of obscene songs on the bank of Ganga Ji. This is not right. Uttarakhand is the 'Dev Bhoomi' and we need to maintain its 'maryada' (dignity)," Uttarakhand's director general of police (DGP) Ashok Kumar was quoted by ANI as saying.

Consuming liquor & drugs here is not dignified conduct. Hence, to maintain the dignity of religious places, we'll conduct 'Mission Maryada', under which action will be taken against people indulging in such activities at religious places in Uttarakhand: DGP Ahok Kumar (2/2) pic.twitter.com/lS0bAeZRXH

He further added that consumption of liquor and drugs in the religious places in Uttarakhand was not "dignified conduct".

"Hence, to maintain the dignity of religious places, we'll conduct 'Mission Maryada', under which action will be taken against people indulging in such activities at religious places in Uttarakhand," he said.