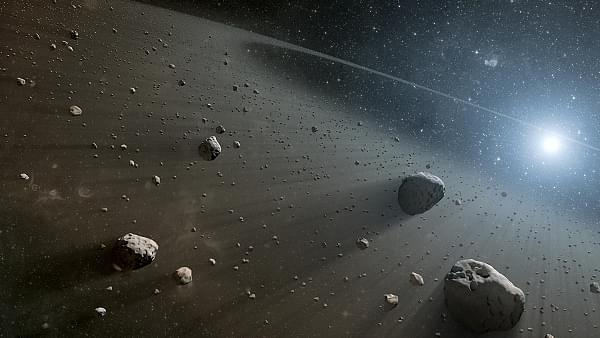 Countering NASA’s claims that Shakti Mission put the International Space Station (ISS) at risk, a senior ISRO official affirmed on Tuesday (2 April) that the debris from the experiment will disintegrate in the next six months, reports Indian Express.

Earlier yesterday, NASA head Jim Bridenstine criticised India’s anti-satellite missile test, labelling it as a “terrible thing.” He said that though NASA had identified 400 pieces of orbital debris from the launch, the space agency is able to track only 60 pieces that are about 10 centimetres in size or bigger. “Of these, 24 pieces have gone above the apogee, or the highest point, in the ISS’s orbit, he added.

NASA has further claimed that collision risk to the International Space Station (ISS) by space debris has increased by 44 per cent in the aftermath of India’s test.

In response to this, Tapan Misra, senior advisor to ISRO chairman said, “Even the best of friends sometimes criticise you on your marriage day saying the food is not good… When we do something different we will not always get garlands. That is part of life… It has happened at about 300 kilometres in space where the wind pressure is low, but it is enough to burn them down in another six months.”

“There is a variation in the space debris figures being put out every day. It is all speculative at this point, till we get a final word from NORAD,” said Dr V K Saraswat.

North American Aerospace Defence Command (NORAD) is a joint US-Canadian initiative that operates a space detection and tracking system (SPADATS), through which it monitors space debris.

Also Read: UPA Didn’t Give Positive Response To Mission Shakti, It Was PM Modi Who Had Courage To Clear It: Former DRDO Chief