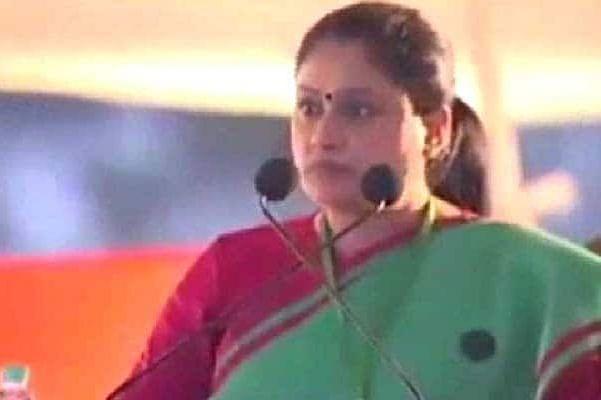 “Instead of loving people, he is scaring people. It's not the way how a PM should be,” said the Congress leader. She said that people were scared at what moment the prime minister will throw a bomb,“He looks like a terrorist.”

Congress party president Rahul Gandhi was also present during her speech and addressed the crowd later. He said that Telangana chief minister KCR was being “remote-controlled” by Narendra Modi.

In the light of Pulwama terror attack last month in which 40 CRPF personnel lost their lives, Shanti’s comments were dubbed as insensitive by some Twitterati who said that not only was it disrespectful to martyred jawans but also that Congress was going too far in using the term ‘terrorist’ as a political jibe against the nation’s prime minister.

The people also pointed out that terrorists and Pakistani deep state were being scared by anti-terror surgical strikes, and questioned why Congress was seemingly speaking in their favour.

Recently senior leader and spokesperson Binod Sharma resigned from the Congress party over its handling of the Pulwama attack and the subsequent preemptive air strike. Calling it “shameful and childish”, Sharma said that party’s conduct had “hurt the sentiments of ground-level workers and common people.”

“Today, we (Congress members) are seen as Pakistani agents. I feel ashamed of being called a Congressman. Since the nation is above party, I am resigning from the Congress,” Sharma said in his resignation letter.

A Second Term For Modi? Yes.