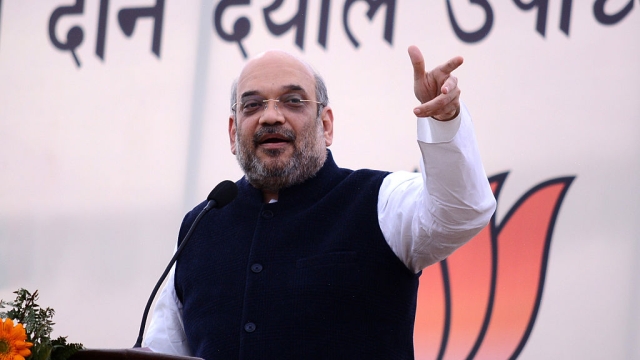 Bharatiya Janata Party (BJP) president Amit Shah said today that when it comes to foreign trips, Prime Minister Narendra Modi, in his three years in power, has made fewer of them than his predecessor Dr Manmohan Singh. He said this during an interaction with locally elected representatives in Goa, and expressed surprise over the negative reactions of some on Modi’s foreign visits.

According to this report in Dainik Jagran, Shah said that while on tours abroad, Dr Singh would carry speeches written in English and would return home after delivering them. He added that during Dr Singh’s term, the world was not even aware that the Indian prime minister was on a tour of China, America or Russia. However, he said, when Modi tours America, France, Russia or Japan, thousands of people gather to welcome him at the airport and the world knows that the Indian Prime Minister is making a visit.

Prime Minister Modi, who was recently back from a three-nation tour of Portugal, America, and the Netherlands, is heading to Israel early next week.