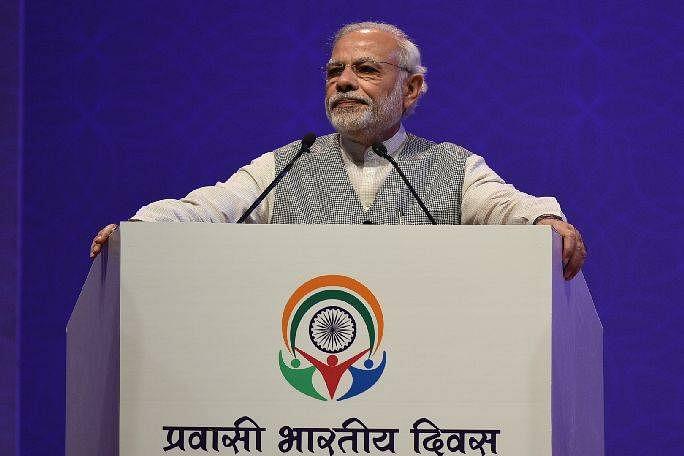 Modi flashed a PIO (Person of Indian Origin) card to say it supersedes the individual's passport – as far as his ties to India are concerned. When the PIO card is seen, "we don't see the colour of the passport but the blood ties", Modi said. Referring to Mahatma Gandhi's return from South Africa, Modi said this day marked the return to India of one of the greatest pravasis and that his government's priority was to convert "brain drain" into “brain gain".

"Non-Resident Indians and PIO have made outstanding contributions. Among them are politicians of great stature, scientists of repute, outstanding doctors, brilliant educationists, economists, journalists, musicians, engineers, bankers and did I mention our well known technology professionals," Modi said.