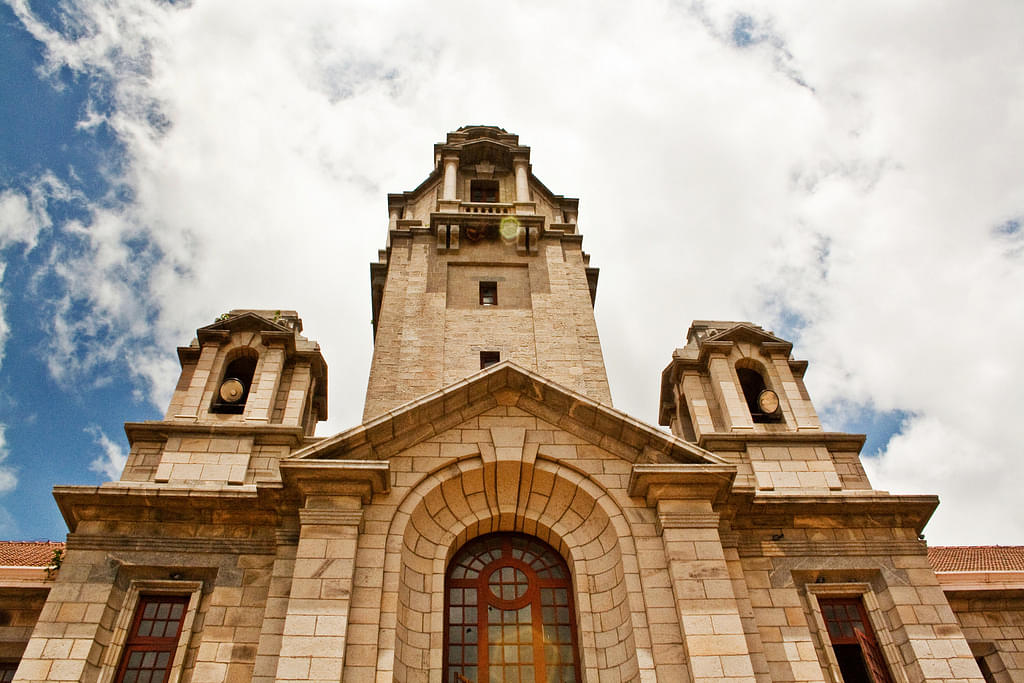 Research team at the Molecular Biophysics Unit (MBU) of the Indian Institute of Science has made a crucial breakthrough in the study of the spike protein (S Protein) of the SARS-CoV-2 virus which causes Covid-19.

The research team has observed that around 68 per cent of the S-proteins exist in open formation at physiological pH 7.4, but their proportion decreases when the pH is slightly higher (pH 8.0) or lower (pH 6.5).

The structural insights gained from this study could aid in developing therapeutics against SARS-CoV-2, including vaccines that target the S-protein, according to the authors of the study.

"This suggests that the interaction between the S protein and receptor is more favoured at physiological pH (pH 7.4) than on either side of the biological pH scale," the Assistant Professor at MBU, IISc, Somnath Dutta who led the research team stated.

The team stated that several published data also suggest that coronavirus is able to mask the receptor-binding site and employ the glycan chains to protect themselves from the host immune responses.

The viral S-protein of SARS-CoV-2 is one of the primary targets for vaccine development, and several studies of viral S-protein complexed with neutralizing antibodies have been published in the last couple of months, the team stated.

The lead author of this research paper, Ishika Pramanick said that a salient feature of SARS-CoV-2, which causes Covid-19, is the presence of spike (S) proteins on the surface of the membrane that envelopes the genetic material of the virus.

"They appear as the characteristic crown-like spikes on the viral surface. The S-protein is significant for multiple reasons: it mediates the entry of the virus into the host cell and is also the site where neutralising antibodies produced by the host cells bind to the virus in order to inactivate it. It is therefore important to understand the detailed structure of this protein," she explained.

He claimed that his team has successfully visualised the different structures or forms of the S-protein at physiological pH 7.4 and near physiological pH (pH 6.5 and pH 8.0) using a technique called single-particle cryo-electron microscopy.

The team added that the S-protein of many enveloped viruses, including SARS-CoV-2, undergoes a metastable pre-fusion to post-fusion conformational change during cell entry. "These formation changes of S-protein depend on pH, proteolytic cleavage, and protein-protein interaction," the team explained in its paper.

The team added that their future plan is to explore the interaction of drug candidates, neutralizing antibodies and human angiotensin I-converting enzyme 2 (hACE2) with S-protein at physiological pH. "This will further assist us to understand the dynamics of S-protein and discover new therapeutics against this disease," the team said.