Money Seized In I-T Raid Does Not Belong To The Minister Or His Family, Says DK Shivkumar’s Brother 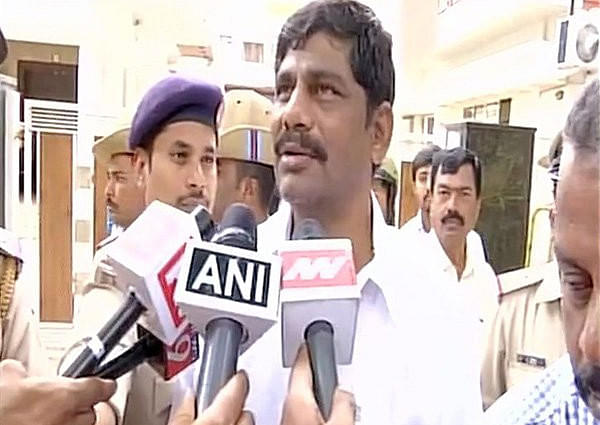 Karnataka Energy Minister and senior Congress party leader D K Shivkumar's brother, Suresh Kumar, on Friday said all the money seized during the raids by the Income Tax (I-T) department - over Rs 15 crore in cash and jewellery - does not belong to the minister or his family. Kumar said that the money recovered by the I-T department includes cash unearthed from all 70 places that the department raided, adding that the minister is not accountable for the entire amount.

"The I-T department raided a total of 70 places from where they have collectively seized Rs 10 crore. The whole amount does not belong to Shivkumar and his family," Suresh Kumar was quoted by the Indian Express as saying. Suresh further said that the Congress and its top rung leaders have extended support to Shivkumar and family assuring assistance at all times.

The I-T department had yesterday raided Shivkumar's house in the Safdarjung area of New Delhi. On Wednesday, the I-T department had raided Shivkumar's residence and at a private resort in Bengaluru, where Congress' MLAs from Gujarat are staying. According to the Deccan Herald, documents seized from the minister’s residence reveal investments in Singapore and other foreign locations. A note maintained by Shivakumar allegedly talks about Rs 3 crore being paid to Congress high command through hawala channels.

In the wake of incessant raids, the Congress created ruckus in both the houses of Parliament and alleged that the BJP-led government was indulging in political witch-hunt just to defeat Congress candidate Ahmed Patel in Rajya Sabha polls in Gujarat. Congress alleged that the BJP was offering its Gujarat MLAs Rs 15 crore each to resign from Congress. Congress has shifted its 44 MLAs from Gujarat to Bengaluru at Shivkumar's resort after its six MLAs resigned and joined BJP.

The I-T department, however, said that the raid at the Energy Minister's residence and resort has nothing to do with Gujarat Congress MLAs. (ANI)