Monk To Muscular: Japan Moves Away From Post WW2 Pacifism To Get Two Aircraft Carriers And 147 F-35 Fighter Jets 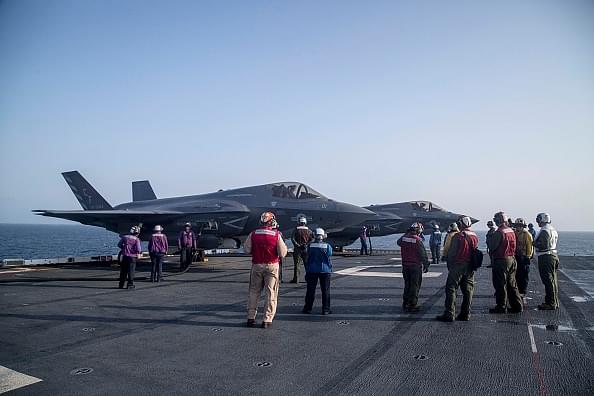 The Japanese Military will get its first aircraft carriers since the end of World War II and will also induct tens of multi-role fifth-generation fighter jets under defence proposals green-lighted by the Japanese Cabinet today (Tuesday, 18 December), reports The New Indian Express.

A new five-year defence plan envisions the upgradation of Japan’s two existing helicopter carriers to enable them to also launch fighter jets. The move is the latest in a slew of decisions taken by Prime Minister Shinzo Abe’s administration to strengthen the Japanese Armed Forces.

Abe’s government has cited growing security threats in Japan’s environs, such as a belligerent North Korea and an increasingly assertive Chinese military.

The second, separate plan that was also accepted at the cabinet meeting will allow the Japanese air force to purchase 147 F-35s over the next ten years. The F-35 belongs to the latest fifth generation of fighter jets and comes equipped with stealth capabilities. 42 aircraft of the F-35B variant, which is capable of vertical take-off and could thus be deployed on the retrofitted carriers, will be inducted while 105 F-35A fighters with conventional takeoff capability would also be purchased.

The Japanese government’s latest move has drawn flak from some critics, who say that Japan is moving away from its defensive policy and commitment to pacifism which it had embraced after its defeat in World War II.