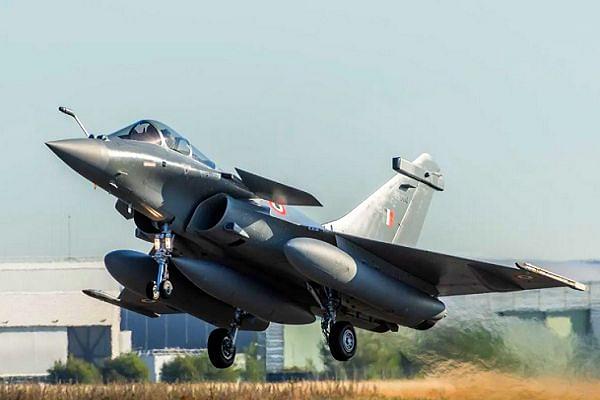 In a big boost to the Indian Air Force (IAF), it is set to receive at least three more Dassault Rafale fighter jets in the coming month in what will mark the third round of deliveries taking the total number of the aircraft received to 11, reports Hindustan Times.

The latest batch of fighter jets will fly from France to Gujarat's Jamnagar in a non-stop fashion, with French and Indian tankers refuelling them in mid-air. These will give a fillip to the IAF's capability to rapidly deploy advanced jets which are equipped with an advanced arsenal of sensors and weaponry.

India and France had in September 2016 signed a government-to-government procurement deal for IAF to receive 36 of these top-notch fighter jets at a cost of Rs 59,000 crore.

Following this, on 29 July earlier this year, India received the first batch of three Rafale jets which were later inducted into the force on 10 September. After this, in early November, IAF received five more of the lethal fighter jets from France.

The IAF plans to induct three to four of these jets every two months, with all 36 jets to be inducted into two squadrons based in Ambala in Punjab and Hasimara in West Bengal.