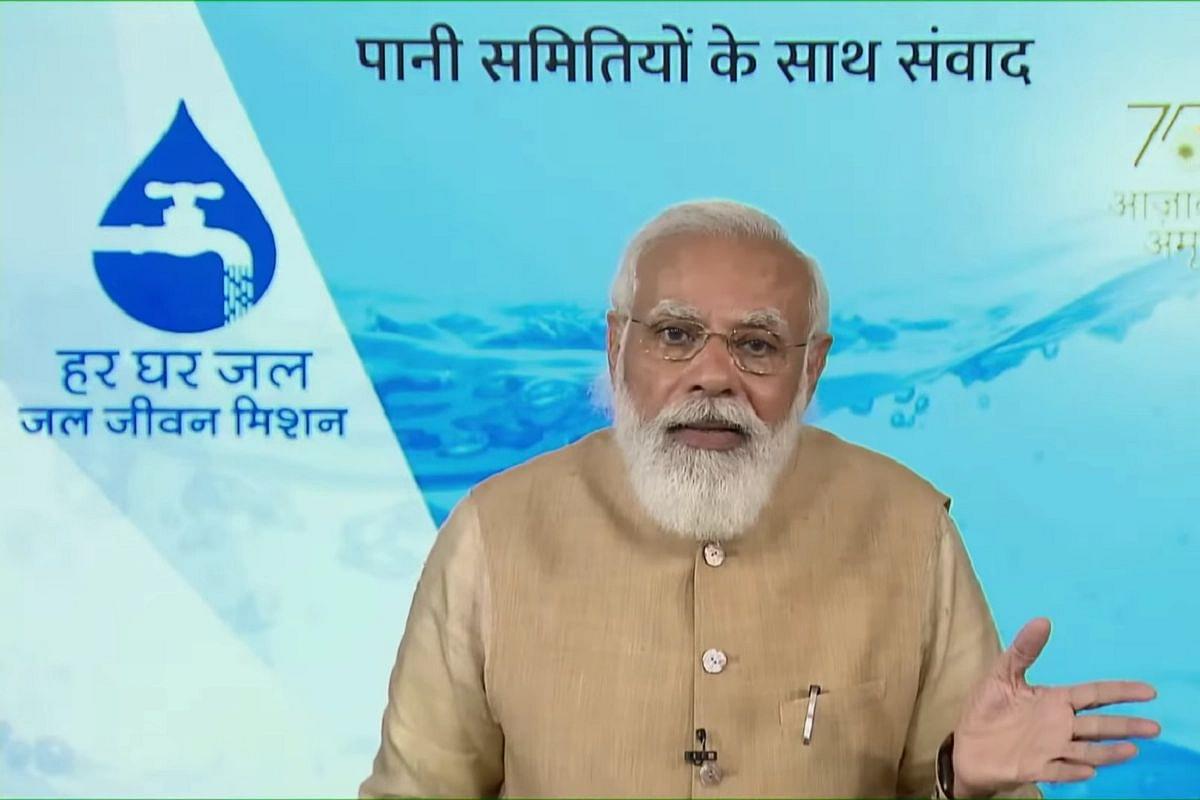 The Jal Jeevan Mission App helps improve awareness among stakeholders and for greater transparency and accountability of schemes under the Mission.

Through Rashtriya Jal Jeevan Kosh, any individual, institution, corporation, or philanthropist, be it in India or abroad, can help provide tap water connection in every rural household, school, Anganwadi centre, ashram shala, and other public institutions.

Modi recalled measures taken during his tenure as Chief Minister of Gujarat for Gram Swaraj, such as Nirmal Gaon for ODF villages, Jal Mandir Abhiyan to revive old Baories and wells in villages, Jyotirgram for 24-hour electricity in villages, Teerth Gram for camaraderie in villages, e-Gram for broadband in villages.

The Prime Minister said from independence till 2019, only three crore households in the country had access to tap water. He highlighted that since 2019, Jal Jeevan Mission has connected five crore households with water connections.

“Today, water is reaching every household in about 1.25 lakh villages in about 80 districts of the country. In the Aspirational districts the number of tap connections have increased from 31 lakh to 1.16 crore,” PM Modi said.

“In just two years, more work has been done than was done in the last seven decades,” he added.