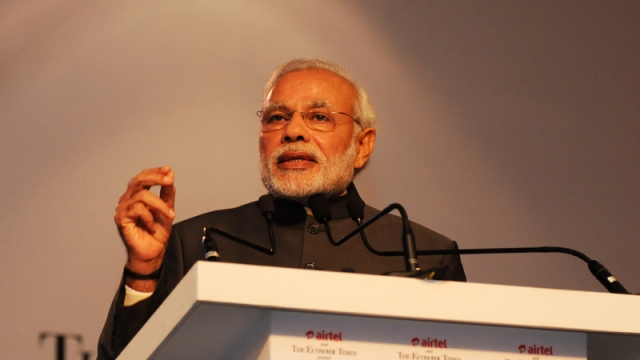 Government Hits Back As Opposition Plans Nationwide Protests: The Narendra Modi government has accused the opposition of shying away from a debate on demonetisation in Parliament. This move comes after as many as 11 opposition parties met on Monday to chalk out a strategy for a nationwide protest to corner the government.

RBI Gives Small Borrowers 60 Days To Repay Loans: The Reserve Bank of India (RBI) on Monday said small borrowers would get an additional 60 days to repay their credit, including agriculture and housing loans. Borrowers with loans up to Rs 1 crore from banks and finance companies would be eligible for this relaxation, RBI said.

India Warns Pakistan Over SAARC Meddling: India warned Pakistan on Monday to stop “blocking every possible initiative” under South Asian Association for Regional Cooperation, stressing such an approach will force countries of the region to look for other options such as Bay of Bengal Initiative for Multi-Sectoral Technical and Economic Cooperation to boost regional cooperation.

NIA Targets Zakir Naik’s Foundation: The National Investigation Agency (NIA) on Monday began the process of removing the online contents of banned Islamic Research Foundation, including alleged hate speeches by its founder Zakir Naik, even as it continued raids on the foundation’s premises, an official said.

BSF Head Constable Killed In Pakistani Firing: A Border Security Force (BSF) head constable was killed and five others were wounded when Pakistani troops fired mortar shells on forward Indian positions and civilian areas at separate places along the Line of Control in Jammu and Kashmir on Monday.

Cyrus Mistry Caused Enormous Harm: Ousted Tata Group chairman Cyrus Mistry had caused enormous harm through unsubstantiated allegations that has affected not just Tata Sons, but also the group, Tata Consultancy Services (TCS) said on Monday. Another group company, Indian Hotels, also said it has called a shareholder meeting on 20 December to remove Mistry as director from the company’s board.

Terrorism Will Never Win, Says Rivlin: Israel President Reuven Rivlin said terrorism will never win after offering floral tributes to the victims of 26/11 terror attack in Mumbai. Rivlin, who is on a six-day visit to India, made a short speech before the Jewish community, condemning terrorism.

New Push To Ban Commercial Surrogacy: The government on Monday introduced a bill in the Lok Sabha to ban commercial surrogacy. The Surrogacy (Regulation) Bill, 2016, seeks to limit the ambit of surrogacy through strict rules.

Tsunami Alert After Japan Earthquake: An earthquake with a magnitude of 6.9 hit northern Japan on Tuesday, the Japan Meteorological Agency said, issuing tsunami alerts for much of the nation's northern Pacific coast. The epicentre of the earthquake, which was felt in Tokyo, was off the coast of Fukushima prefecture at a depth of about 10 km.

How PM Narendra Modi’s Boldest Reform Move Can Reboot India, Power-Up Version 2.0: Prime Minister Modi cannot afford to lose this ‘surgical strike’ on black money and all honest people who want to see India emerge as a clean nation need to support him at the moment. The challenge is gigantic, but it can be met!

Demonetisation And The Rural Economy: The demonetisation exercise may turn out to be the biggest gamble by the Prime Minister, the result of which will only be known in 2019.

Economic Aspirations And The Indian State: The struggle with effective implementation of demonetisation is a cautionary tale for the other major project involving similar mobilisation, the rollout of the GST.

Kicking The Cash Habit: The government has created a huge movement for change of behaviour. It now needs to support this with adequate follow-up measures and communication programmes.

Demonetisation’s Political Dividend: The Modi Calculus And How It Connects To 2019: Between demonetisation and the Benami Transactions Act, Modi has effectively shaken the black money cash tree and expects to collect a revenue bonanza. This cash is what will help Modi script his re-election proposition for 2019.

Why State Funding Of Elections Should Precede Action Against Corrupt Realty: Political funding reform must focus on two areas: one is funding to candidates for election campaigning, and the other is general party funding for political activities. Since political parties are central to democracy, they too need legitimate funding sources.

Bibek Debroy Explains How NITI Aayog Has Been Functioning: The single most important change that this government has brought about is a complete institutional overturning of the system with focus on decentralisation.