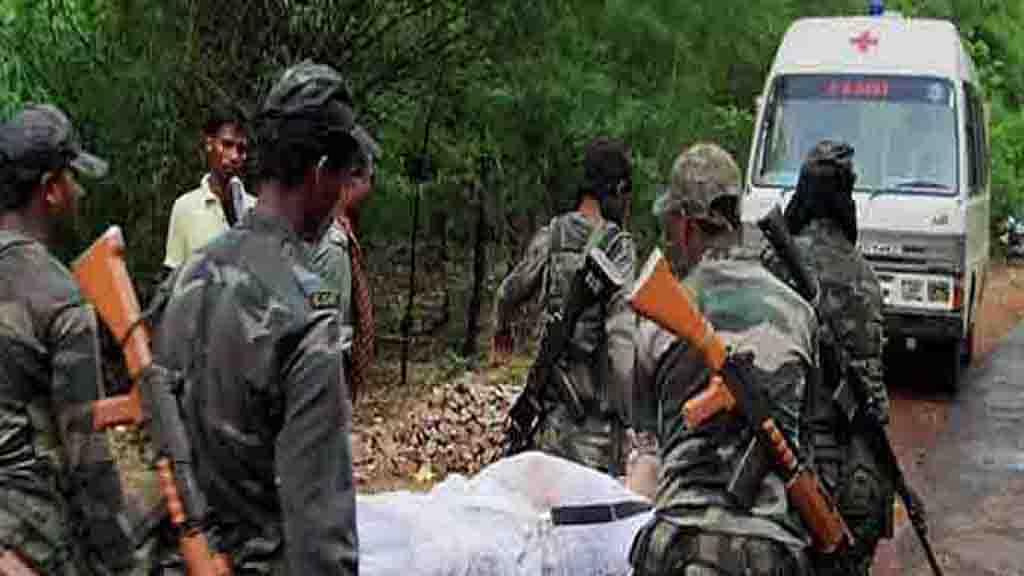 CRPF personnel carry an injured soldier after the attack.

Sukma Massacre: Government Vows To Punish Naxals: Union Home Minister Rajnath Singh said the government has taken as a "challenge" the killing of Central Reserve Police Force (CRPF) personnel by naxals in Sukma in Chhattisgarh on Monday. He vowed that "no one will be spared". Prime Minister Narendra Modi called the attack a “cowardly and deplorable” act. He said the sacrifices of the martyrs would not go in vain. At least 26 CRPF personnel were killed and seven wounded in the deadliest attack by naxalites targeting security forces this year.

SC Ruling Blow To Pinarayi Vijayan Government: The Supreme Court on Monday ordered the reinstatement of ousted Kerala Director General of Police T P Senkumar, sending out a clear message that police officers cannot be made "scapegoats" by politicians in power. In a resounding blow to Pinarayi Vijayan-led Left Democratic Front government, a Bench of Justices Madan B Lokur and Dipak Gupta held that Senkumar has been "unfairly treated" by the government. Senkumar will assume his post with immediate effect and he will be there in service till 30 June.

ISRO’s New Venus Mission: After a successful maiden mission to Mars in September 2014, Indian Space Research Organisation (ISRO) is now eyeing earth’s almost-twin planet Venus. ISRO, in an announcement of opportunities addressed to “all institutions in India”, has called for scientific proposals to develop the experiments. As per preliminary details about ISRO’s mission to Venus, the payload capability of the proposed satellite is likely to be 175 kg with 500W of power.

‘Green Nobel’ For Samantara: Social activist and the face of people’s resistance against Vedanta’s plan to mine bauxite from Niyamgiri hills in Odisha Prafulla Samantara has been honoured with this year’s Goldman Environmental Prize – one of the biggest awards in grassroots environmentalism. Samantra was one of the key leaders responsible for rallying tribes, indigenous to Odisha's Niyamgiri region, and using legal provisions to thwart mining-to-metals conglomerate, Vedanta. The company has been forced to suspend plans to mine bauxite.

Education Boards Junk Marks Moderation: Thirty-two school boards have agreed to scrap the policy of “marks moderation” from this year in a bid to arrest the inflation of Class XII results witnessed over the last few years. The consensus was built during a three-hour-long meeting organised by the Central Board of Secondary Education and attended by School Education Secretary Anil Swarup on Monday. All school boards also agreed to adopt a policy of full disclosure on awarding grace marks.

Bihar Adopts GST: Bihar on Monday unanimously adopted the goods and services tax (GST) bill along with the Bihar Taxation (Amendment) Bill, becoming the second state after Telangana to pave the way for roll out of the GST from 1 July. Bihar legislative assembly as well as legislative council adopted the bills related to GST with one voice. Chief Minister Nitish Kumar speaking in the state Legislative Council described the passing of GST by all the parties together as "a historic moment".

Cows To Get Unique Identity Numbers: The central government will soon approve tamper-proof identity tags for all cattle in the country, Solicitor General Ranjit Kumar told the Supreme Court on Monday. The polyurethane tags will contain identification details such as the age, breed, sex, lactation, height, colour, horn type, tail switch and special marks of cattle heads and its “progeny”. A government-appointed panel came up with the idea as part of efforts to prevent illegal transportation of cattle and livestock to Bangladesh.

Aadhaar Key To Ensuring Poor Get Food: Centre: The Union government told the Delhi High Court on Monday that Aadhaar was made mandatory to ensure the poor get subsidised food grains under the public distribution system (PDS). Terming PDS as a “misused system”, the Centre told a bench of acting Chief Justice Gita Mittal and Justice Anu Malhotra that through Aadhaar, the endeavour was to ensure that the real beneficiaries get food grains. “The subsidised food grains were not reaching the poor. Someone else were availing the benefit,” additional solicitor general Sanjay Jain said.

Seeding The Ground For Stagflation: The Indian economy has been underperforming its potential for quite some time now. If recent short-term-oriented policy decisions continue, India will find itself revisiting the stagflation it experienced in the final years of the United Progressive Alliance government.

Can India Replace China As Driver Of World GDP Growth Over Next 20 Years? The share of emerging markets in world GDP has improved from 42.3 per cent in 1996 to 58.1 per cent in 2016. China has propelled world GDP in the last 20 years. Now, with the Chinese economy slowing down, will India take its place?

Why The Ease Of Doing Business Matters: A country can’t progress without undertaking the reforms that lead to better business conditions. These reforms are critical to achieve better living standards, moderate inflation, low-inflation uncertainty and high-growth rate. India’s efforts to improve its ease of doing business ranking is not an unnecessary obsession.

Making Small Towns A Priority For Growth: An administrative structure suited to urban governance eludes small towns as they are counted as rural by the government. The solution is not just changing our understanding of urbanisation based on statistical measures but an economic classification.

Is GST Good Politics, Good Economics, Or Both, Or Neither? Modi Must Keep His Fingers Crossed: The GST may be good economics in the long run, if tax evasion falls and revenues boom, but in the short term it could also lead to bad economic outcomes – and possibly bad politics as well.