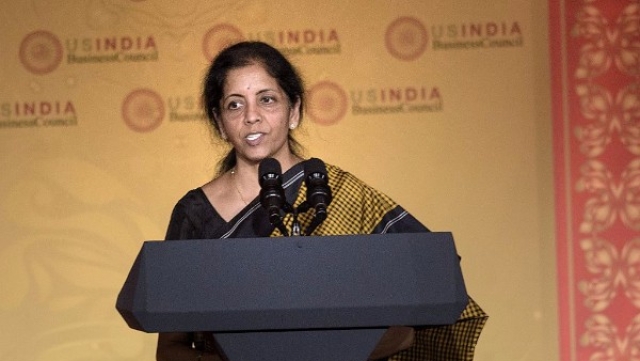 H-1B Visa Row: India May Retaliate: India is keeping a “close watch” on the US move to tighten H-1B visa rules that will impact its IT industry. Union Commerce Minister Nirmala Sitharaman said the “whole debate” has to be expanded to include several American firms that are earning their profits in India, signalling that New Delhi could retaliate in the face of protectionism by the US and several other countries. “Let us also understand that not just Indian companies in the US, several big US companies are in India too. They are also here, they are earning their margins, they are earning their profits which goes to the US economy,” Sitharaman said.

New Zealand Curbs Won’t Hurt Indian IT Sector, Says NASSCOM: The decision by New Zealand to tighten its work permit norms will not have any “tangible” impact on the Indian IT sector, industry body National Association of Software and Services Companies (NASSCOM) said on Thursday. “The Indian IT industry does not have a significant presence in New Zealand… The region accounts for less than one per cent of the overall export basket. So, there will be no tangible implication for the industry as a whole,” NASSCOM president R Chandrashekhar said.

India To Upgrade China Border Infrastructure: A day after Beijing unilaterally renamed six places in Arunachal Pradesh, India moved to upgrade its defence infrastructure along the border with China on Thursday, announcing the construction of two Advanced Landing Grounds (ALG) at Tawang and Dirang in the northeastern state. Defence secretary G Mohan Kumar held a high-level review meeting with Arunachal Pradesh chief minister Pema Khandu and discussed the ALGs to be constructed in Dirang and Tawang. Khandu has promised to speed up clearance of pending issues to expedite construction of the airfields.

New CBSE Warning To Schools: Central Board of Secondary Education (CBSE) affiliated schools across the country have been warned against forcing students to buy expensive textbooks produced by private publishers. They were instead asked to buy those belonging to the National Council of Educational Research and Training (NCERT) and the CBSE. In an advisory, the CBSE also said action would be taken against schools that indulge in commercial activities such as selling books, uniforms, shoes and stationery items to students.

Slovakian Firm To Sell Flying Car: Place your order now, and by 2020 you could own a flying car. Slovakian company AeroMobil on Thursday introduced its limited first edition flying car at Monaco's Top Marques auto show, and announced that it would start taking preorders that it will deliver in 2020. The car will sell for between $1.3 million and $1.6 million. The car is a light frame plane, the wings of which can fold back, like an insect, and is boosted by a hybrid engine and rear propeller.

Major Sackings At Wipro: India’s third largest software services company Wipro is learnt to have sacked hundreds of employees as part of its annual “performance appraisal”. It is believed that the company has shown the door to about 600 employees, while speculation was rife that the number could go as high as 2,000. At the end of last year, the Bengaluru-based company had over 1.79 lakh employees.

Yet Another Leader Deserts Congress: In yet another setback for the grand old party, Delhi Mahilla Congress president Barkha Singh Shukla abandoned ship to join the Bharatiya Janata Party. In her resignation letter, she alleged that the party is suffering under the ineffective leadership of vice-president Rahul Gandhi, who is “mentally unfit” to be at the helm of things. Shukla has also accused Delhi Congress chief Ajay Maken of misbehaving with not only her but with several other Delhi Mahila Congress workers.

Police Officer Killed In New Paris Terror Attack: A fresh wave of terror has hit Paris as one police officer was killed and two injured as a gunman opened fire on the French capital’s grand Champs-Elysees. President Francois Hollande said he was convinced the shooting on the Champs Elysees boulevard, in which the assailant was himself shot dead by police, was an act of terrorism. The Islamic State group has claimed responsibility for the attack that sent scores of tourists fleeing into side streets. US President Donald Trump said the reported shooting in Paris looked like another in a string of terror attacks that has afflicted the country.

SC Has Not Covered Itself With Glory By Reinstating Babri Case Against Advani And Joshi: The courts need to pull back from this kind of over-reach if they want their judgments to be respected and implemented. Creating arbitrary laws based on judicial pronouncements is the surest way to destroy respect for the law and the judiciary.