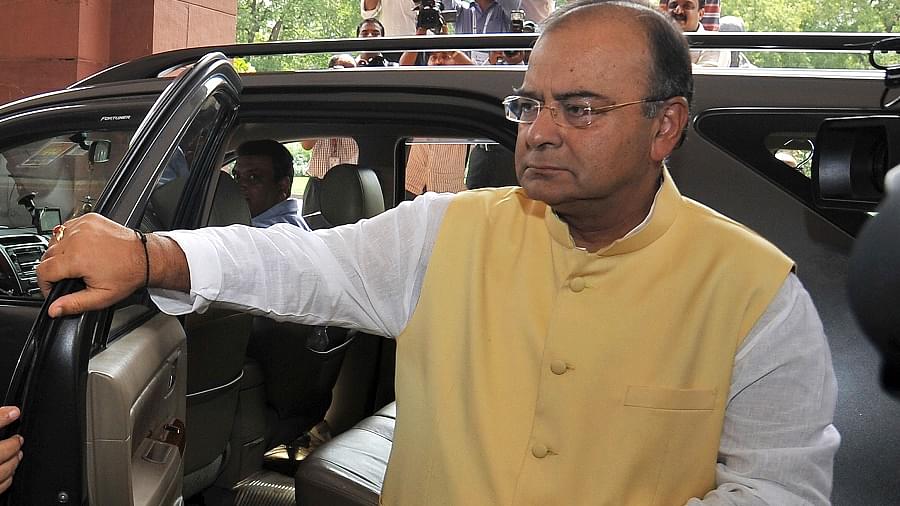 Jaitley Hints At Lower Taxes: Finance Minister Arun Jaitley on Tuesday hinted at lower direct and indirect tax rates in the future as demonetisation results in higher tax revenues from unaccounted wealth coming into the banking system. He launched a scathing attack on Congress saying the party’s “scandalous record” is making it extremely uncomfortable with the Modi government’s anti-corruption campaign.

Retail Inflation At Two-Year Low After Demonetisation: Retail inflation fell to a two-year low of 3.63 per cent in November following the Narendra Modi government’s demonetisation drive that led to lower consumer spending on various food items including vegetables. This is the lowest level since November 2014 when the retail inflation was recorded at 3.23 per cent.

Rs 12.44 Lakh Crore Deposited In Banks: Reserve Bank of India (RBI) said on Tuesday that Rs 12.44 lakh crore has been deposited in banks in scrapped currency notes between 8 November and 10 December. Deputy governor R Gandhi said banks have distributed Rs 4.61 lakh crore of notes through branches and ATMs between November 10 and December 10.

Kiren Rijiju Hits Back: Minister of State for Home Affairs Kiren Rijiju on Tuesday rejected allegations of corruption levelled against him and said those ‘who plant such news’ will be beaten up with slippers if they go to his home state, Arunachal Pradesh. A resignation demand by Congress was based on an alleged Rs 450 crore scam in the Kameng Hydro Electric Project.

Cyrus Mistry Voted Out As TCS Director: Former Tata Sons chairman Cyrus Mistry has been removed as director of Tata Consultancy Services (TCS) on Tuesday, with 93.11 per cent shareholders of the IT consulting firm voting for his ouster at an extraordinary general meeting. Earlier in the day, Tata Sons hiked its stake by nearly 2 per cent in Tata Motors by buying additional shares for Rs 2,430 crore.

Bhatkal And Four Others Convicted: Indian Mujahideen operative Yasin Bhatkal and four other men were found guilty on Tuesday in the 2013 Hyderabad twin bomb blasts case by a special court. Eighteen people were killed and more than 130 were injured in the blasts that rocked Dilsukhnagar in Hyderabad on 21 February 2013.

Rs 6,749 Crore Vardah Blow To Tamil Nadu: The loss caused by cyclone Vardah in Tamil Nadu is likely to be around $1 billion (Rs 6,749 crore), said industry body Assocham on Tuesday. As many as 18 people were killed as cyclone Vardah devastated Chennai, Tiruvallur and Kancheepuram districts. The cyclone affected undersea cables, slowing down internet speed.

Sushma Swaraj Recovering After Kidney Transplant: External Affairs Minister Sushma Swaraj, who underwent kidney transplant operation on 10 December, has shown steady recovery and has been shifted out of the intensive care unit at All India Institutes of Medical Sciences in Delhi on Tuesday. She is expected to be discharged from hospital in 10 days.

Demonetisation A Catalyst For A Cashless Society: While it has thrown up many challenges, this bold decision by the government definitely acts as a catalyst to ensure all parts of our society can be part of India’s growth story.

Time For A Digital Fiat Currency In A Digital India: As global economies innovate with new best practices, we are compelled to react to the buzz around digital fiat currency (DFC), an electronic legal tender issued by the central bank.

Unintended Consequences Of Demonetisation: Demonetisation has a severe unintended consequence: It can erode people’s trust in banks, which has taken years of hard work and perseverance to build.

A Dollar Winter Is Coming: The year 2017 promises to be a year of dollar strengthening, and US bond yields rising. When dollar becomes strong, and starts to flee, a pegged exchange rate can empty the treasury pretty quickly.

Jayalalithaa, A Champion Of Herself: The irony is that she triumphed in a man’s world, yet did so little for women. The tragedy is that patriarchy remains as firmly embedded.

India Needs A National Digital Security Architecture, And Needs It Now: A coherent national digital security architecture is key to addressing the current mishmash of agencies that are several generations behind the hacktivists.

Will Modi Reap Bad Karma? Lessons From A Half-Botched ‘Note Badli’: The ultimate question is whether these long-term gains will be enough to wipe off the short-term bad karma of causing so much hardship to so many millions. The jury will vote on that soon.

Amidst The Digital India Push, Kerala Has A Problem Like No Other State: The existence of the treasuries department gives the state unrestricted access to funds that can hamper the fiscal discipline imposed upon the state.

How Indian Cities Can Shift From Diesel To Electric Buses: The introduction of electric buses will have a lasting impact on urban transportation, manufacturing and battery technology capabilities.

For A Former Finance Minister, Chidambaram Seems To Know Little About Going Cashless: While we are nowhere close to being a cashless economy, we are making good progress. Chidambaram’s questions reveal an ignorance of this progress and the possibilities of going cashless.