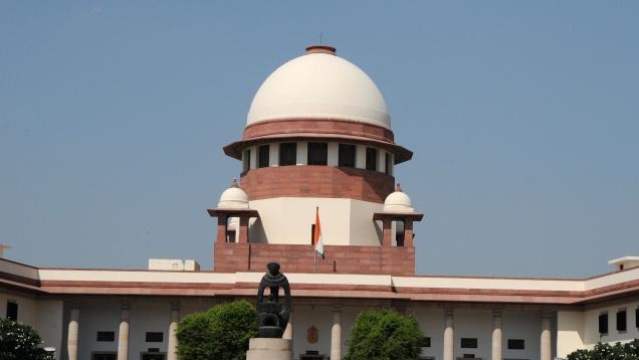 Justice Karnan Strikes Back, Issues Non-Bailable Warrants Against SC Judges: Calcutta High Court judge Justice C S Karnan on Tuesday issued non-bailable warrants against seven judges of the Supreme Court, including the Chief Justice of India, for not being represented before him. Justice Karnan, who has been alleging that the judiciary is corrupt, passed a "suo motu judicial order in the interest of the nation to protect the general public from corruption and unrest", invoking Article 226 of the Constitution read with Section 482 Criminal Procedure Code. Justice Karnan’s order comes as the Attorney General said he was not sure whether the “gentleman” (Karnan) would undergo medical tests as ordered by the apex court.

MP Switches To January-December Fiscal Year: Madhya Pradesh (MP) has become the first state to switch to the January-December financial year from the existing April-March cycle, with the state cabinet endorsing the move on Tuesday. The move breaks a 150-year tradition as India started adopting the April-March financial year from 1867. This initiative comes after Prime Minister Narendra Modi directed all states to share their views on the central government shifting to a new fiscal.

Infosys To Hire 10,000 American Workers: Indian IT major Infosys will hire about 10,000 locals in the US over the next two years and set up four technology and innovation hubs there, as part of its efforts to tide over visa-related issues. Through these new hires and centres, Infosys will also focus on enhancing its play in new technology areas like artificial intelligence, machine learning, user experience, cloud and big data. Infosys chief executive Vishal Sikka said the first hub, which will open in Indiana in August this year, will create 2,000 jobs by 2021 for American workers.

Aadhaar Data Safe, Assures UIDAI: Unique Identification Authority of India (UIDAI) rejected on Tuesday a report about online leak of Aadhaar numbers and bank accounts linked with them. "There is no data leak and this particular report does not pertain to UIDAI," said UIDAI chief executive A B P Pandey. "While Aadhaar numbers are available, the biometric information is not. The biometric details are in safe custody. The leaked databases do not pose a real threat to the people whose information is publicly available because the Aadhaar number cannot be misused without biometrics," said a government official.

Living Entity Status For Narmada: The Madhya Pradesh government will bring a resolution in the state assembly on Wednesday to have a regulatory framework to declare Narmada river a living entity. A decision to this effect was taken at a Cabinet meeting on Tuesday chaired by chief minister Shivraj Singh Chouhan, government spokesperson and Parliamentary Affairs Minister Narottam Mishra said. The Uttrakhand high court in its judgment in March declared Ganga and Yamuna rivers as living entities and gave them legal rights.

World Press Freedom Day: 54 Attacks On Journalists, Says Report: As many as 54 attacks on journalists were reported in 16 months, a report compiled by media watchdog Hoot said on Tuesday, a day ahead of the World Press Freedom Day. The report said the actual figure could be much higher as a minister told Parliament that "142 attacks on journalists took place between 2014-15". "The stories behind each of these attacks reveal a clear and persistent pattern. Investigative reporting is becoming increasingly dangerous,” the report said.

Rs 588 Crore Drought Relief For Rajasthan: The central government has sanctioned Rs 588 crore as relief to drought-affected Rajasthan. The decision was taken on Tuesday at a meeting of a high level committee chaired by Home Minister Rajnath Singh and attended by Finance Minister Arun Jaitley and others. It took the decision after examining a proposal based on the report of the Inter-Ministerial Central Team which visited the drought-affected state.

Amazon Expansion Drive: In a move that will provide employment to about 4,000 people, e-commerce giant Amazon has said that it will add seven new warehouses as the US-based company continues to aggressively expand its operations in India. Amazon, which has committed an investment of $5 billion in the Indian market, will have 41 warehouses or fulfilment centres by the end of June this year. Amazon, which is locked in an intense battle with local rival, Flipkart, has been pumping in funds to expand infrastructure and technology platform in the country.

China’s Vested Interest In Resolving Kashmir Issue: Global Times, the Communist Party of China mouthpiece, has said in a report that the country has a "vested interest" in mediating between India and Pakistan to resolve the Kashmir issue because of its nearly $50 billion investment in the China-Pakistan Economic Corridor that passes through the Pakistan-occupied Kashmir. "China has always adhered to the principle of non-interference in the internal affairs of other countries, but that doesn't mean Beijing can turn a deaf ear to the demands of Chinese enterprises in protecting their overseas investments."

Policy Push To Boost Electric Vehicle Sales: Electric Vehicles (EVs) offer advantages that are particularly suited to India’s economic and environmental conditions. India must move quickly in this space, both in terms of EV adoption and innovation, to transition to a cleaner, greener and more efficient age of mobility.

A Global Agenda For Digital Economies: The G20 is responsible for ensuring that digital supply chains are not fragmented in this era of ‘de-globalisation’. It must foster linkages between traditional financial institutions, first-generation Internet users and the informal sources of their livelihood.

A Strong Rupee Is Devastating Small Exporters: The appreciation of the rupee hasn’t hurt the big boys of Indian industry as much the minnows, which probably accounts for the muted voices against it. The strengthening rupee has taken a huge toll on exporters in other areas like gems and jewellery and electronics as well.

Rising Trade Walls And Shrinking Standards: WTO recognises existence of multiple downside risks, including the sort of knee-jerk protectionist measures implemented by the US and Australia.

Pakistan Isn’t The Problem, It’s Us. We Must Be In Attack Mode, Not Reactive: It is time we got our act together. And we have to do it largely on our own, with both firepower and diplomacy. The world may give us verbal support occasionally, but we have to put out our fires on our own.