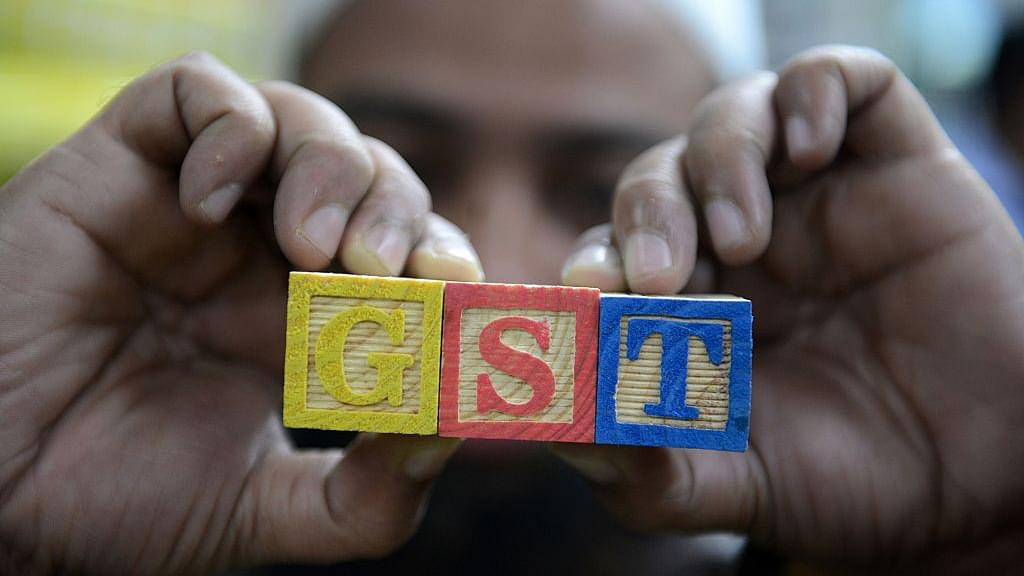 Moody’s Gives Thumbs Up To GST: The Goods and Services Tax (GST) regime will be positive for India's credit profile as it will contribute to productivity gains and higher gross domestic product (GDP) growth, global ratings agency Moody's has said, adding that the move will support higher government revenue generation through improved tax compliance. Moody’s has a “Baa3” rating on India with a positive outlook. The biggest tax reform in independent India was rolled out at the stroke of the midnight – the intervening night of 30 June-1 July – by President Pranab Mukherjee and Prime Minister Narendra Modi.

Jews Seek Minority Status: India's small community of Jews, which has been recognised as a minority in Maharashtra, is looking forward to Prime Minister Narendra Modi's visit to Israel, hoping a similar step should be taken at the central level. Muslims, Christians, Sikhs, Buddhists, Zoroastrians and Jains are currently notified as minority communities. "For us, India is our motherland. We are Indians first and Jews second. If Israel is in our hearts, India is in our blood," Ezekiel Markel, priest at the Judah Hyam Synagogue in Delhi, the only synagogue in the National Capital. The Jewish community, he adds, has not faced anti-Semitism in India.

Economy AC Train On Way: As part of a transformation exercise, the Indian Railways will soon introduce an option of travelling in a new class of economy air-conditioned (AC) coaches. The proposed fully air-conditioned train, with fares less than normal 3AC tariff, will have three-tier economy AC coaches besides AC-3, AC-2 and AC-1 classes with an added feature – automatic doors. Currently, mail and express trains have sleeper, third AC, second AC and first AC classes, while Rajdhani, Shatabdi and recently introduced Humsafar and Tejas trains are fully air-conditioned. However, officials said the details of the economy AC class are to be worked out before deciding for manufacturing such coaches.

Election Commission Launches New Drive To Enroll Voters: The Election Commission of India has launched a new campaign to convince more than 30 million young adults, who are eligible to vote but have not enrolled themselves for voter identity cards. Participation in India’s elections has grown in recent decades, but is still far from ideal levels. For the 2014 general elections, 66 per cent of the 834 million registered voters turned up to exercise their franchise. And unregistered adults add a new dimension to the problem. A lack of awareness and a bureaucratic lethargy among state election commissions are seen as among key reasons for millions being left out.

Aadhaar Pay Sees Significant Jump In Rural Transactions: The government’s initiative to promote digital payments in rural India is showing results. Aadhaar enabled payments systems (AEPS) is witnessing definitive signs of adoption amongst its target audience with transactions rising more than six-fold within five months of the currency swap. Mirroring the success of the unified payments interface, AEPS transactions reached more than 6 million in April against less than a million in October, a month before demonetisation was announced. “Aadhaar based payments is the right technology for rural India where literacy about security features for digital payments like OTP and password are lacking,” said National Payments Corporation of India chief executive officer A P Hota.

Nitish Kumar Slams Congress For Opposition Mess: Janata Dal (U) national president and Bihar Chief Minister Nitish Kumar, in his sharpest attack in the recent past against his state ally said that the Congress alone was “responsible for the current mess” in the Opposition. Speaking at the state executive meeting of his party, he said, “The idea of a Sangh-mukt Bharat cannot fructify without taking all Opposition parties into confidence. The Congress alone is to blame for the current mess in the Opposition fold…” He also said that the Congress has given up Mahatma Gandhi's path. “They (Congress) have also ditched Jawaharlal Nehru’s ideologies,” said Kumar.

Overnight Train Between Coimbatore and Bengaluru Soon: Overnight train service between Coimbatore and Bengaluru would be launched by the end of September, Railways Minister Suresh Prabhu has assured. Admitting that there was a delay in designing the coach, he said that the problem was now solved and the Utkrisht Double Decker AC Yatri (UDAY), a special class train suitable for overnight, will be launched in a few months. Railways will also look for the possibility of running an overnight train between these stations till UDAY is launched, by using other tracks, he added. Besides, he announced to launch a passenger train between Coimbatore and Pollachi soon.

Pakistan Denies Consular Access To Jadhav, Again: Pakistan has turned down India’s demand for consular access to former Navy officer Kulbhushan Jadhav, while also calling Delhi’s attempt to link the case with Indian civilian prisoners in Pakistani jails as a “travesty of logic”. Pakistan has rejected India’s consular access request to Jadhav more than 15 times. India has accused Pakistan of repeatedly violating the Vienna Convention by doing so. India moved the International Court of Justice (ICJ) against Jadhav’s death penalty and the ICJ on 18 May restrained Pakistan from executing the death sentence.

Narendra Modi Plays The Trump Card: The timing of the meet between Prime Minister Narendra Modi and US President Donald Trump signals the growing bilateral engagement between the two countries. There is a clear distinction in the ‘value’-based approach of Modi and the more ‘interest’ and transactional approach of Trump.

With Home-Grown GST, India Says Yes We Can: Contrary to expectations in some quarters, the first two days of the GST regime have not led to any disruptions in business. The GST initiative is a totally home-grown reform and not something adapted from the reform text books penned either by the IMF or the World Bank.

Government Must Prevail Over Perpetrators Of Mob Lynchings: It is a matter of relief that Modi strongly condemned the violence and killings carried out in the name of cow protection. He has done it before but it didn’t have any effect on the hardliners. One hopes they’ll be dealt with strictly when required.

Rethinking The Budget In A post-GST India: Perhaps future budgets can use a service model for allocating funds. If it’s lighting we want, electricity is far superior to kerosene. We could even allow the power sector to lay claim to such money, almost in a competitive model.

Harvesting Souls In Punjab: How The Evangelical Ecosystem Targets Sikhs: The confrontation between Sikhism and Christianity is neither sudden nor relegated to isolated events. It’s bigger. The evangelical war on Sikhs has spanned the last two centuries.

SUBSCRIBE NOW: The July issue of our magazine is out now, with author Amish Tripathi in the spotlight. Amish’s influence goes beyond his books, his books go beyond literature, his literature is steeped in philosophy, which is anchored in bhakti, which powers his love for India – The Mind Of Amish. Get a copy home and enjoy reading Swarajya in print. Subscribe here to start receiving your copies for just Rs 349.