Morning Brief: Trump To Be Sworn In As President; ISRO Realigns Mangalyaan; Homecoming For Kashmiri Pandits 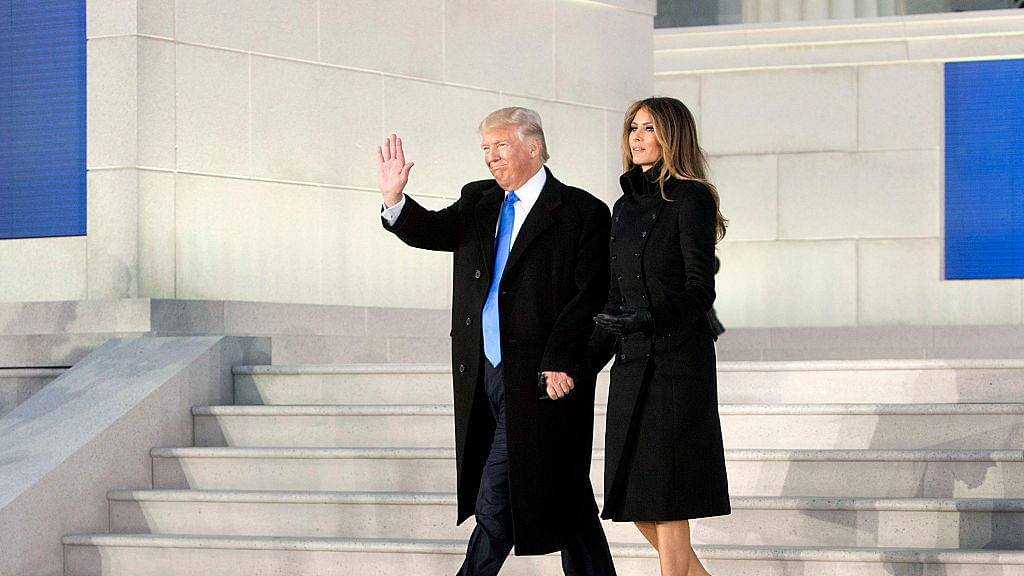 Donald Trump To Be Sworn In As 45th US President: Billionaire businessman Donald Trump, who tapped into the disquiet of poorer and insular America for an unlikely electoral march to the White House, will be sworn in as the 45th – and the oldest ­– President the United States today. The 70-year-old will be administered the oath of office by Chief Justice John Roberts. Outgoing US President Barack Obama has said if the US continues to be inclusive and diverse, it could someday send a woman, a Hindu, a Jew or a Latino to the White House.

Centre Backs Tamil Nadu On Jallikattu: The Centre told Tamil Nadu on Thursday it could not promulgate an ordinance to revoke a ban on Jallikattu since the matter was sub-judice, but would support any step taken by the state government to hold the sport while adhering to certain dos and don'ts to address the element of cruelty. The assurance from the centre came during a meeting between Prime Minister Narendra Modi and Tamil Nadu Chief Minister O Panneerselvam in New Delhi.

BSF Soldier’s Video: Commanding Officer Transferred: The Border Security Force (BSF) has transferred the Commanding Officer and his deputy of a battalion whose jawan Tej Bahadur Yadav recently alleged that poor quality food was being given to troops posted along the border. The transfer orders were issued to ensure a fair inquiry into the allegations made by Yadav.

Churches Have No Power To Grant Divorce Decrees, Rules SC: The Supreme Court (SC) on Wednesday maintained that churches do not have power to grant divorce decrees, affirming only civil courts have the jurisdiction to adjudicate matrimonial disputes among Christian couples. The ruling means the Indian Divorce Act, 1989 will override the Christian personal law that will not have any power to nullify marriages.

Talgo Lease Deal Plan: Indian Railways is working on a lease deal to operate energy efficient Spanish Talgo trains on Delhi-Amritsar, Delhi-Lucknow, Bengaluru-Chennai or Mumbai-Ahmedabad routes on a profit-sharing basis. Finance Minister Arun Jaitley is expected to announce the plan in his upcoming budget speech, but the specifics are likely to be formalised by February-end, when Talgo chief executive Jose Maria Oriol visits India, sources said.

NIA Scanning Zakir Naik’s 78 Bank Accounts: Controversial Islamic preacher Zakir Naik is likely to be summoned by the National Investigation Agency (NIA), which is scanning his 78 bank accounts and real estate investments worth at least Rs 100 crore made by him and his associates in and around Mumbai.

J&K Assembly Passed Resolution To Bring Back Kashmiri Pandits: Twenty seven years after most of the Kashmiri Pandits left the Valley, the Jammu and Kashmir Assembly passed a resolution on Thursday to ensure the return of migrants to their homeland. Former J&K chief minister and opposition leader Omar Abdullah tabled the resolution and the PDP-BJP government supported it. The resolution was passed unanimously.

Eleven Airlines Submit Bids For Regional Flights Under UDAN Scheme: Subsidised flights to smaller cities like Jaisalmer, Ratnagiri, Dehradun, Shimla and Tirupati are expected to start next month, with the government receiving bids for as many as 190 routes so far not covered by airlines. A total of 11 players, some of which will be starting operations for the first time, have put in bids for these routes under the Regional Connectivity Scheme or UDAN, Minister of State for Civil Aviation Jayant Sinha, said.

ISRO Realigns Mangalyaan: Indian Space Research Organisation (ISRO) has successfully realigned the orbit of the Mars Orbiter Mission Mangalyaan so that the satellite is not affected by long-duration eclipse, said ISRO chairman A S Kiran Kumar, who also said that work on ISRO's ambitious South Asia satellite project has begun and is expected to be launched by March.

Growth Deficit And The fiscal Deficit: There is likely to be a deficit in actual growth compared to the official projection for 2016-17. As a consequence, the actual fiscal deficit is likely to overshoot the target in both 2016-17 and 2017-18.

The Selective Memory Of Nations: Why does Bhagat Singh seem to get so much more popular attention than Rajguru, Sukhdev or even Batukeshwar Dutt?

Donald Trump’s Presidency And Its Implications For India: India, like other major powers, will have to carefully monitor how the Obama legacy morphs into the Trump inheritance and the degree of continuity in past policies

President Donald Trump! The World Prepares For A Different Kind Of Audacity Of Hope: Conventional wisdom suggests that contrary to prevailing apprehensions, the Oval office, institutional checks and balances, and the professional advice of his cabinet colleagues should usher in a mature and responsible administration.

With Cash Crunch Easing, Government Needs To Tax It To Avoid Frittering Away DeMo Gains: Without disincentives for cash, we are going to lose all the gains of DeMo in six months. So, here’s what the government must do once the cash situation eases completely.