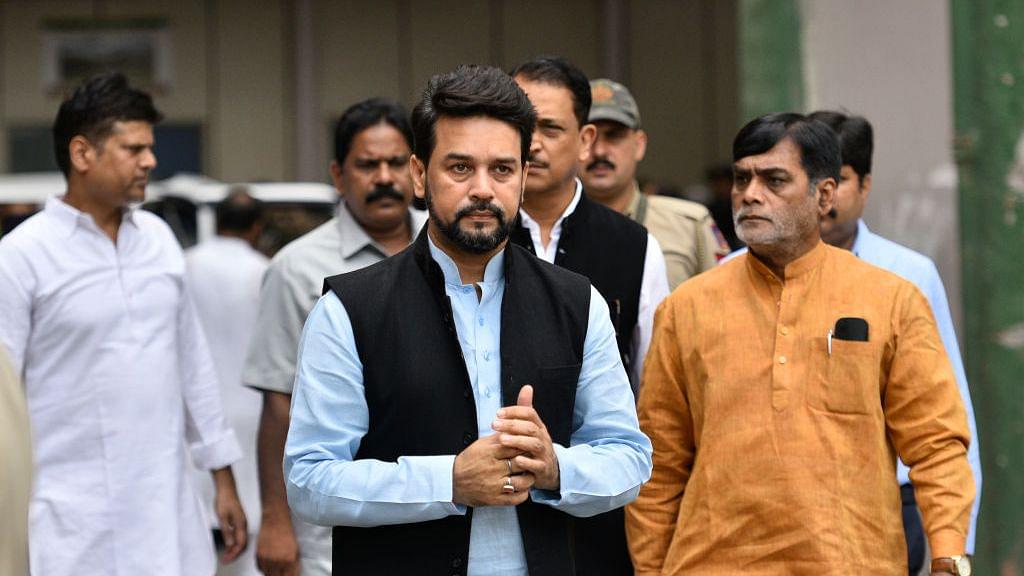 In a bid to develop the Ladakh region, Minister of State for Finance and Corporate Affairs Anurag Thakur on Tuesday announced setting up of a cricket and sports academy in the region to ensure that talented athletes get the required training.

Thakur, who is on a two-day visit to the newly formed Union Territory of Ladakh, said, "I come from the land that has been credited of producing some of the finest athletes. For years I have executed efforts to ensure that athletes from the region get a fair platform to showcase themselves. I am glad to share that there has been exceptional progress in this aspect and time and again owing to various initiatives undertaken in the area, a host of athletes have benefited be it through Himachal Pradesh Cricket Academy Stadium in Dharamshala or events like Khel Mahakumbh," he said.

Thakur said he firmly believed sports help in building character and thus "I propose to set up a cricket and sports academy in Leh to ensure that youth of the region gets equal opportunity and a platform to excel".

The minister also marked the 69th birthday of Prime Minister Narendra Modi by conducting a Swachta Abhiyan at 18,000 ft with the Indian Army. Thakur said, "To face the challenge of climate change and make the environment eco-friendly we must become conscious and work together towards eliminating single use plastic goods."

"I would like to thank and congratulate people of Leh for taking a strong stand in this movement by replacing plastic bottles with glass bottles with a message on them that reads 'refuse, reduce and reuse'. I am certain that we will take this message across the length and breadth of the country and support Prime Minister Modi's mission of a plastic-free India," he said.

The minister also hoisted the National Flag at the Army base at Khardung La Pass.

Thakur became the first minister to hoist the National Flag at Khardung La Pass, post abrogation of Article 370 on August 5.