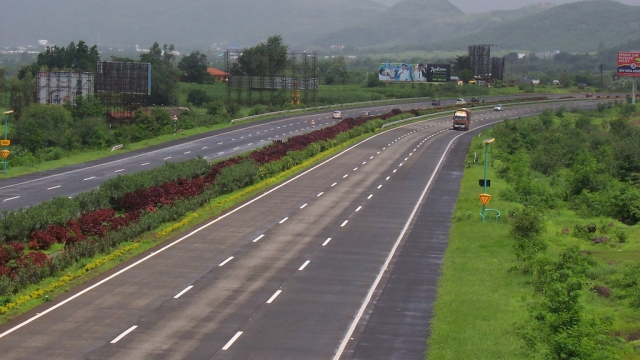 The Mumbai-Pune Expressway is widely regarded as the precursor to the Mumbai-Nagpur Expressway. (Rohit Patwardhan/Flickr)

The Maharashtra State Road Development Corporation (MSRDC) which is the nodal agency to construct the 700 km Mumbai-Nagpur Expressway, also known as the Maharashtra Samruddhi Corridor has said that it has nearly finalised the designes for the project which will not feature any steep curves, reports DNA.

Curves along the expressway that will cut through the Western Ghats at its western end will be as long as 2.5 km but not shorter than 700 m to prevent fatalities.

The Greenfield expressway, that has a completely new alignment will have a design speed of 150 km/hr but will otherwise have a speed limit of 120 km/hr. Due to the high-speed nature of the expressway, rest areas will be set up every 50 km.

The entire corridor has been separated into 16 packages with each package being built by a different contractor.

In order to reduce incidences of vehicles landing up on the wrong side of the road, the median along the expressway is being planned with a width of 15 to 20 metre. Vehicles crossing the median at high speed is a common occurrence on the Mumbai-Pune Expressway that prompted the MSRDC to install chain-link fences and high-tensile brifen wires to stop vehicles from crossing the 5 m-wide median.

The corridor will feature six lanes – three per direction – with an additional two lanes per direction reserved for service lanes.