Mumbai Metro Having The Time Of Its Life: Clocks Record Ridership Thanks To Erstwhile BEST Strike 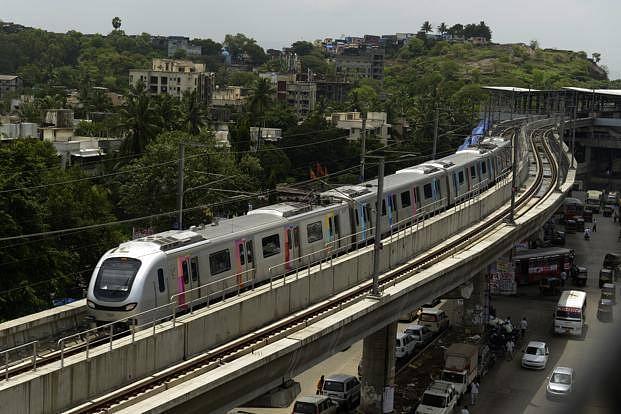 ‘Mumbai Metro One’ on 11 January recorded the highest weekday ridership of 5.2 Lakh. The surge came in part due to the Brihanmumbai Electricity Supply and Transport’s (BEST) strike from 8 January to 16 January.

An average of additional 55,000 commuters took the metro for four consecutive days from 8 to 11 January. The increased number of passengers were accommodated by introduction of 12 additional train services, reports Metro Rail News.

According to the report, ‘Mumbai Metro One’ has become a lifeline for Mumbaikars in the Versova-Andheri-Ghatkopar corridor in a short span of 4.5 years. The service has reportedly been able to achieve 100 per cent train availability and 99.9 per cent punctuality as the maintenance work happens during a four-hour window at night.

Maximum passenger surge was witnessed in the morning on the metro network between 9 am and 10 am while evening peak hours was recorded from 6 pm to 8 pm.

“We are happy to service additional commuters who have chosen Mumbai Metro during the strike period. Our systems are equipped to handle the increased capacity. We are grateful to our commuters for extending their patience and kind support. Passenger safety and convenience remain to be of paramount importance to us,” a Mumbai Metro One Private Limited (MMOPL) spokesperson was quoted as saying.