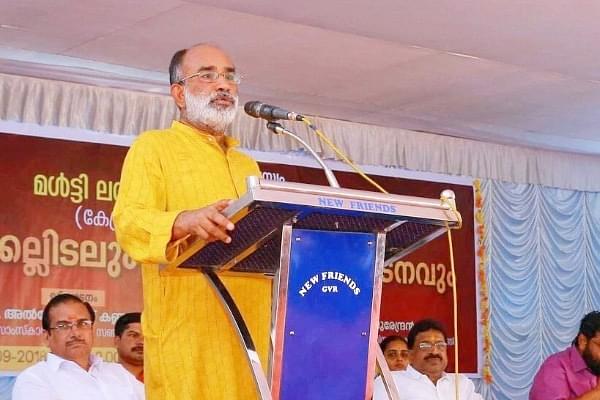 Union Minister K J Alphons on Monday (29 October) questioned the motives of a Muslim and a Christian woman who defiantly attempted to enter Sabarimala Temple in Kerala, the ANI has reported.

A highly regarded former civil servant K J Alphons who is from Kerala was inducted into the Union Cabinet last year and entrusted with the independent charge of the Tourism Ministry.

Alphons, echoing the thoughts of millions of Ayappa devotees, alleged that the women did not want to visit the temple because of their devotion for Lord Ayappa but to hog the limelight and garner cheap publicity.

He added that the activists wanted their 10 seconds of television time but it is not acceptable. He said that Keralites have a certain sentiment for Ayyappa hence everyone needs to accept that.

The BJP President while addressing party workers in Kannur on Saturday (27 October), had sharply criticised the Supreme Court verdict which allowed entry of women of all ages inside Sabarimala shrine. He also advised the state governments and courts to give only such orders, which can be followed.

To counter this, the Kerala Chief Minister on Saturday (27 October) not only indulged in body shaming the BJP president but also claimed that Shah’s statement on Sabarimala temple was unlawful and against the constitution.