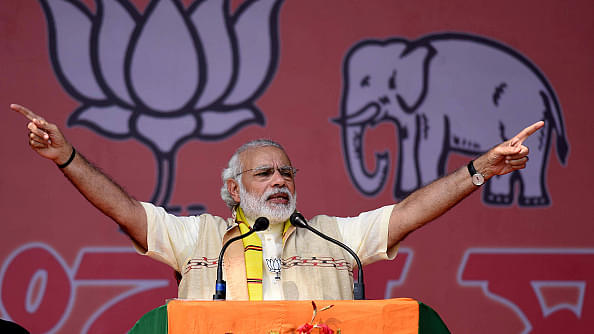 The cleric said, "I am deeply disappointed with BJP's selection and I don’t understand how a man who is charged with attempt to murder, a person who propagates divisive agenda, can be face of Uttar Pradesh." Citing Adityanath's recent hate speeches against Muslims, the Maulana further said that at least 13 per cent of Muslims voted for the BJP in the state assembly polls believing in Prime Minister Narendra Modi's development agenda for Uttar Pradesh, but now they are deeply disappointed with latter's selection.

The BJP named Yogi Adityanath as the next Uttar Pradesh Chief Minister while Keshav Prasad Maurya and Dinesh Sharma have been appointed as the deputy chief ministers of the state. Union Minister Venkaiah Naidu said the oath taking ceremony would take place at 2:15 p.m. today in Uttar Pradesh in the presence of Prime Minister Narendra Modi and BJP president Amit Shah. Adityanath had flown to New Delhi on Saturday to meet Prime Minister Narendra Modi.

Adityanath, a five-time MP from the Gorakhpur constituency, was the youngest member of the 12th Lok Sabha at the age of 26. Currently, Adityanath serves as the Mahant of Guru Gorakhnath Temple in Gorakhpur, following the death of Mahanth Aavaidyanath on September 12, 2014.