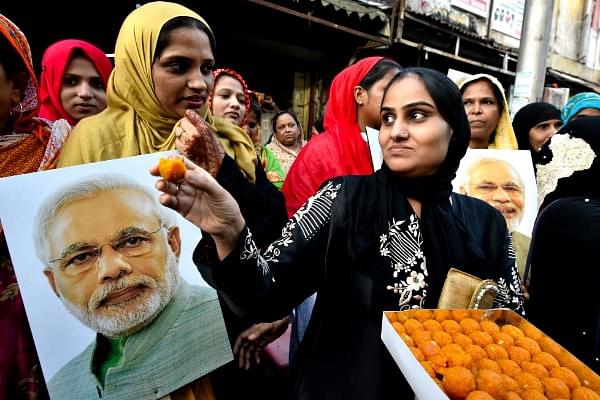 A Muslim woman has been allegedly assaulted by her husband who also threatens her with triple talaq, for making paintings of her tying Rakhis to Prime Minister Narendra Modi and Uttar Pradesh Chief Minister Yogi Adityanath, Navbharat Times has reported.

The report has also claimed that following the assault she was thrown out of her house.

This is one of the paintings made by the victim:

As per the report, the incident happened in the Basarikpur village of Ballia district in Uttar Pradesh. The victim identified as Nagma has this was her way of celebrating Rakshabandhan.

The report also quoted her as saying that “brothers” Modi and Yogi Adityanath would protect the rights of lakhs of Muslim women. She also asserted that Modi has taken the initiative to give justice to the victims of Triple Talaq, which would bring cheer to their lives.

Following the assault, the police lodged a complaint about the matter and started an investigation.