Myanmar Continues Crackdown On North-East Based Terrorists; Sentences Rebels From Assam And Manipur To Imprisonment 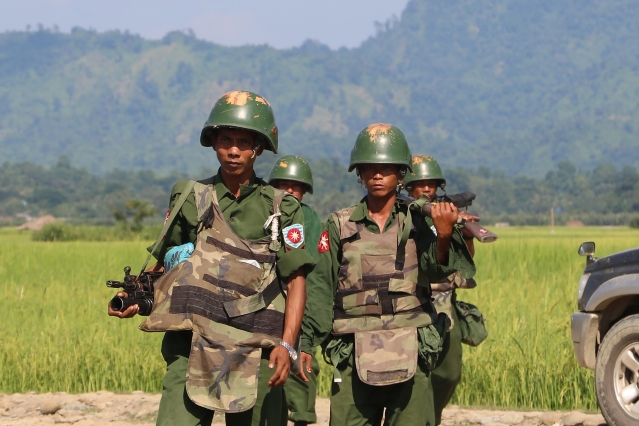 Myanmar Army soldiers during a patrol of border areas. (GettyImages)

In a fillip to Indo-Myanmar cooperation against North-East terrorists, a district court in neighbouring in Myanmar has sentenced 24 Assam and Manipur based insurgents arrested in January 2019 by its army to two years of imprisonment, reports The Times of India.

The Myanmarese army, officially known as 'Tatmadaw' had launched a major crackdown on the National Socialist Council of Nagaland (Khaplang) or NSCN-K in January 2019 by raiding its headquarters in the Naga self-administered zone of Sagaing division. It was then that the Tatmadaw had arrested 24 Assam and Manipur based terrorists.

The said terrorists have been sentenced under the Article 17(1) of the Unlawful Association Act of Myanmar, stated Colonel Than Naing of Tatmadaw's Northwestern Command.