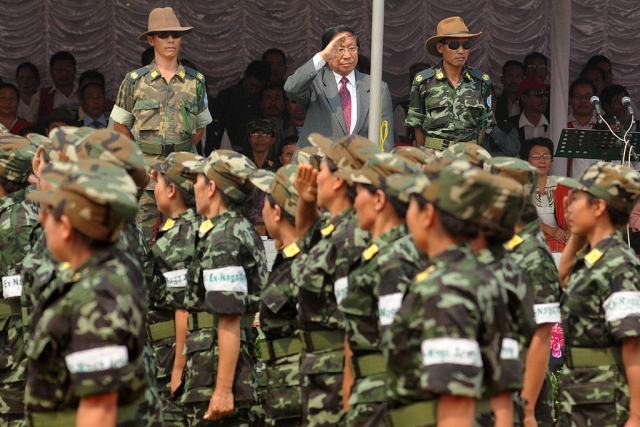 The National Socialist Council of Nagalim-Isak-Muivah (NSCN-IM) on Thursday (7 November) revealed that the separatist outfit and the Indian government had mutually agreed to go for final touch on the agreed competencies for conclusion of the Naga talks.

The NSCN-IM, which had several rounds of negotiations with the Indian government after signing a ceasefire pact in August 1997, said that it has taken into account the commitment and assurance of the government to resolve the issues of Naga national flag and constitution at the earliest.

"Now therefore, when the Government of India is prepared to make the final agreement with the NSCN on the basis of the Framework Agreement, all Nagas should also be equally prepared," the NSCN-IM said.

This is the first official statement of the outfit after the last round of formal talks with the government's interlocutor R N Ravi in New Delhi on 31 October.

The NSCN-IM, with open heart, appealed and invited "all our brothers and sisters in different groups" to get on board the bus of Framework Agreement and be a part of the final solution in the greater interests of the people and peace and progress in the land.

"We reiterate our stand that we have forgiven the past mistakes of our brothers and sisters in different camps and that they should also forgive our past mistakes. Let this message of peace and unity among the Nagas be acceptable to all the Nagas, far and near. Unity for the historic tasks ahead is indispensable."

Noting that the Indian government and the NSCN-IMA embarked upon political negotiations in 1997, the statement said, "After series of intensive negotiations, the two parties had ultimately signed the historic Framework Agreement on August 3, 2015 based on the recognized unique history of the Nagas."

It also said that both the "Indian Army Generals and political leaders finally admitted that the Indo-Naga problem is political, not military".