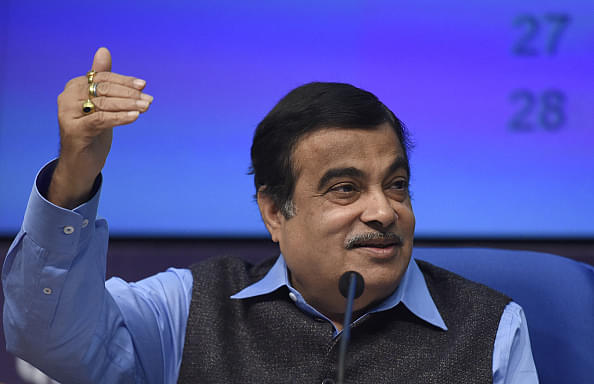 Nitin Gadkari at a press conference in New Delhi in 2017. (Photo by Sonu Mehta/Hindustan Times via Getty Images)

As part of the Namami Gange Programme, Union Minister for Water Resources, River Development and Ganga Rejuvenation, Nitin Gadkari, today (Friday, 21 December), will be signing a concession agreement in New Delhi with the consortium of M/S Shapoorji Pallonji and Company limited & SSG Infratech Limited for developing and operating new sewage treatment plans (STPs) in Kanpur and neighbouring towns, as per a PIB release.

The agreement between the National Mission for Clean Ganga (NMCG), the UP Jal Nigam and the private consortium at the other end is part of the ‘One City-One Operator’ concept.

The deal is structured under a hybrid annuity Public-Private-Partnership (PPP) model. Under the plan, three new STPs will be built at Unnao, Shuklaganj and Pankha and the existing sewage treatment network will be overhauled to a capacity of treating 45.7 crore litres of sewage. The consortium will bear responsibility for operation and maintenance of the entire sewage treatment infrastructure for a period of 15 years.

The cost of the entire contract is Rs 908 Crores, with Rs 370.40 Crores out of that being spent on building 401 km of new sewage lines in Kanpur, expected to be complete in 2020.

Kanpur has previously been one of the worst sources of pollution for the Ganga river, with countless litres of the city’s untreated sewage being poured into its waters each day. The Namami Gange Programme has marked a major turning point for this sorry state of affairs, with a recent successful diversion of sewage from the Sisamau drain to the Jajmau STP, reducing the daily outflow of pollutants into the Ganga by 14 crore litres.