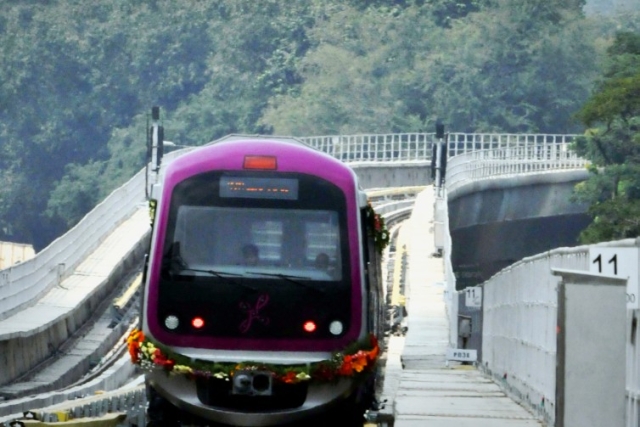 In what should come as a sigh of relief for the commuters navigating the nightmarish traffic in the notoriously gridlocked Outer Ring Road (ORR), Bengaluru Metro Rail Corporation Ltd (BMRCL) on Friday (Dec 20) finally invites bids from eligible bidders for the construction of 19-km Metro line between KR Puram and Central Silk Board.

ORR is among the densest corridors in the IT capital of India. It is dotted with major IT Parks that houses major companies such as Intel, AOL, Cisco, Adobe, Walmart and more.

The deadline for the Light Blue Line, comprising Central Silk Board-KR Puram (Phase 2A) is 2023-24.

The BMRCL has tendered out the project into two packages to ensure speedy completion. The tender also covers road widening, utility diversion & other allied works.

The BMRCL has also included in the scope of package 1 a provision for a 2.84-km flyover, at Central Silk Board. The signal-free flyover, consisting of two loops around the busy junction, was initially planned to be constructed separately.

The elevated road will be eight metres above the existing road level, while the Metro line is 16-metre high. The four-lane road will be 20-metre wide and have four loops with a ramp towards Electronic City, BTM Layout and HSR Layout. The new structure will be built above the existing flyover and provide a seamless connection between BTM and HSR Layouts and Electronics City. It will huge relief e to motorists, especially those headed to areas like Electronics City, BTM Layout, Marathahalli and HSR Layout via Silk Board junction.

On 21 June, the BMRCL  even awarded the tender for construction of loops and ramps for the Rs 134-crore 2.8 kilometre flyover at the junction, including road widening and allied work on Metro’s Reach 5 (RV Road-Bommasandra) to Renaatus Projects Pvt. Ltd. But BMRCL now decided include it as part of Phase-2A

As the last date to submit the bids is January 27, the contract is likely to awarded by end of 2018-19 financial year and the construction is set to begin in the beginning of new financial year 2020-021.

With 90% of land acquisition completed and utilities shifting contracts fialised, it is expected to a smooth sailing for the 19km elevated KR Puram and Central Silk Board stretch

BMRCL will be inviting bids for Phase -2B that will cover remaining 37 Km stretch from KR Puram to International Airport in Bangalore City in February 2020. That will comprise of 17 station including 15 eleveated station and 2 stations at Airport Terminal are atgrade along with one New Depot.

Bengaluru Metro Rail Project, Phase-2A & 2B, will be constructed at a design speed of 80 kmph and average operating speed of 34 kmph. Once operational, it will be the fastest, most comfortable, reliable and safest mode of commuter transport connecting International Airport in Bangalore City