Namma Metro Gets A Push: BMRCL To Explore PPP Model With BDA For Construction On PRR, NICE Road In Bengaluru 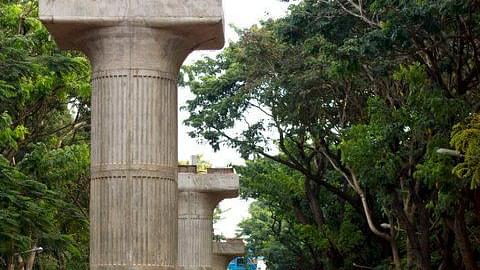 A public-private partnership (PPP) model with the Bangalore Development Authority (BDA) is set to be explored by the Bangalore Metro Rail Corporation Limited (BMRCL) concerning the construction of metros on NICE Road and the Peripheral Ring Road (PRR) respectively, Deccan Herald reported.

The Bangalore Metro Rail Corporation Limited (BMRCL) has been instructed by the Urban Development Department to prepare a feasibility report regarding the project after a suggestion was made by S Mohandas Hedge, former secretary of the Karnataka Congress Committee.

Hegde wrote to the additional chief secretary pitching for the PPP model to be used as an instrument to deliver a metro station to the commuters as early as possible.

The city is set to gain its second metro ring under this plan earlier than expected. The PPP’s ability to significantly reduce the burden of foreign loans was cited as an advantage in the proposal. The department’s letter suggests that besides BDA, "NICE may also be entrusted with on hybrid annuity basis."

Tenders for the elevated stretch are under consideration. The first part of the first Metro ring will be completed under Phase 2A between KR Puram and silk board junction. The government also proposed to complete the remaining stretches of the outer ring road (ORR) under Phase 3.