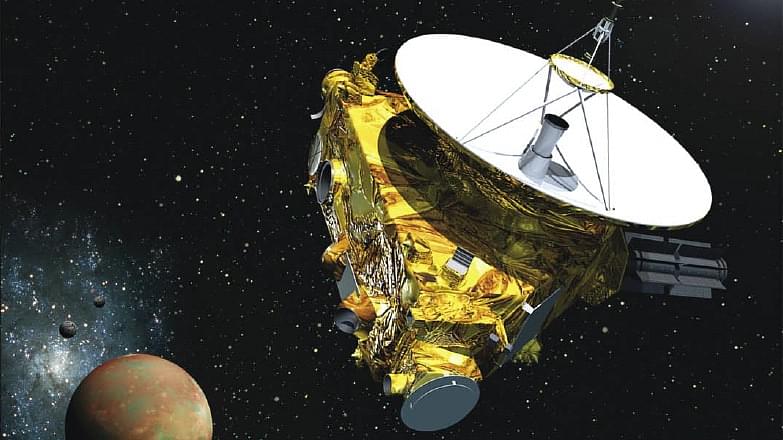 Scientific data sent back by National Aeronautics and Space Administration’s (NASA) New Horizons spacecraft suggests that there could be a hydrogen wall at the end of our solar system, Gizmodo has reported.

The spacecraft had approached Pluto in 2015 and is currently about 6.4 billion km from earth. It is believed that this hydrogen wall is a “signature of the furthest reaches of sun’s energy”.

Technically speaking, the charged particles which the sun sends outwards causes hydrogen to release characteristic ultraviolet light. But as one keeps going away from the sun its influence wanes, which might create a pileup of interstellar hydrogen.

As per the report, an extra source of brightness was detected from the signals received by New Horizon’s Alice instrument. According to a paper published this week in Geophysical Research Letters, the added brightness could be due to the interaction of outer space hydrogen particles with farthest reaches of the solar wind. This interaction is creating a kind of ‘boundary’ of hydrogen particles according to the authors of the paper.

“We assume there’s something extra out there, some extra source of brightness. If we get a chance with New Horizons we can maybe image it,” says the author of the study Randy Gladstone told Gizmodo.

The data received from New Horizons nearly matches that of the spacecraft Voyager which had also left the edge of the solar system 30 years ago. Voyager’s data, which was initially overestimated, matches exactly with that of New Horizons after correction.

Incidentally, it is difficult to define the boundary of the solar system as after solar wind’s influence ends, the matter of the Oort cloud - an icy sphere of comets revolving around the sun, still remains.