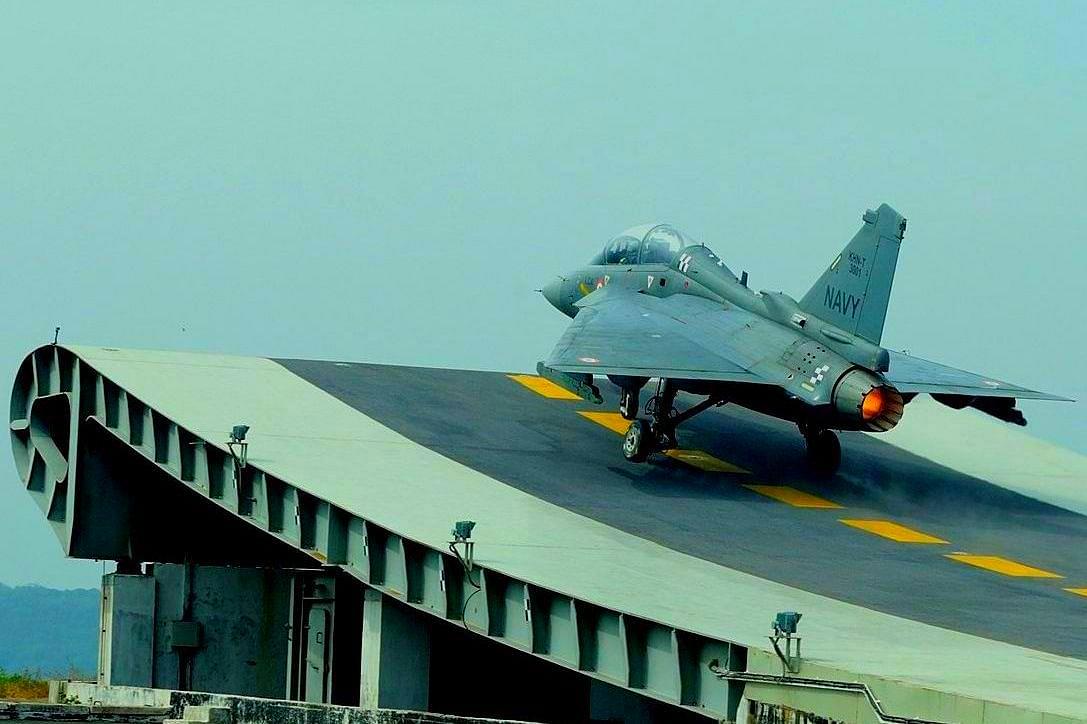 According to the defense blog, which is run by journalist Shiv Aroor, a prototype of the LAC Navy landed on the deck of the aircraft carrier.

The Defence Research and Development Organisation has also confirmed the development. “Commodore Jaideep Maolankar did the maiden landing,” it said on Twitter.

In September last year, the aircraft had successfully carried out a maiden "arrested landing” at a shore-based test facility in Goa.

In December 2016, the Navy had announced that it will not induct the fighter jet as it was “overweight” and unsuitable for carrier-operations. The fighter, which is "too heavy", does not meet the "thrust-to-weight requirement to take off with a full fuel and arms load" from an aircraft carrier, the Navy had said.

"We will continue to support Defence Research and Development Organisation (DRDO), Hindustan Aeronautics (HAL) and Aeronautical Development Agency (ADA) but the naval LCA in its present form unfortunately does not meet our qualitative requirements for carrier capability," the then Chief of the Naval Staff, Admiral Sunil Lanba, had had told reporters at a press conference.

However, Lanba had said that the Navy will continue to support the project.

"We are committed to indigenisation. We have supported the LCA Navy project and we will continue to support it," he was quoted as saying.