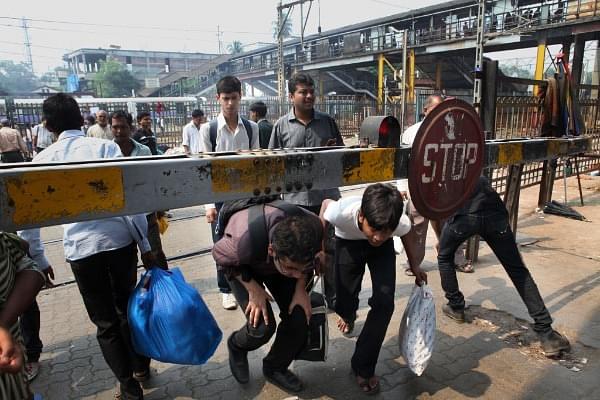 About 35 manned level crossings in Bengaluru will be eliminated if a proposal from South Western Railways (Bengaluru division) gets approved. Most of the crossings fall within the limits of BBMP, the civic body. This comes in response to the Divisional Railway Manager, RS Saxena, asking the state government to replace manned level crossings with rail over bridges in the railway line that passes from Baiyappanahalli to Hosur.

To construct the above mentioned over-bridges, the cost will be split between the state government and the railways. The New Indian Express quoted a railway official as saying, “Either the number of Train Vehicle Units (TVU) must cross 1 lakh or the level crossing gate must be closed for passage of trains, 12 or more times within 24 hours.”

The calculation of TVUs are done when the total number of trains are multiplied with the amount of vehicles passing through within a day’s time. Naturally, TVU increases as number of trains increase as well. As of May 2018, the TVU recorded at one of the crossings between Carmelaram and Baiyappanahalli was 2,42,641.

According to SWR data, about 45 such crossings exist in the state. The estimated budget for the construction of over-bridges at the Baiyappanahalli-Hosur section was about Rs 402.51 crore. It costs about Rs 25 crore for a single over-bridge.