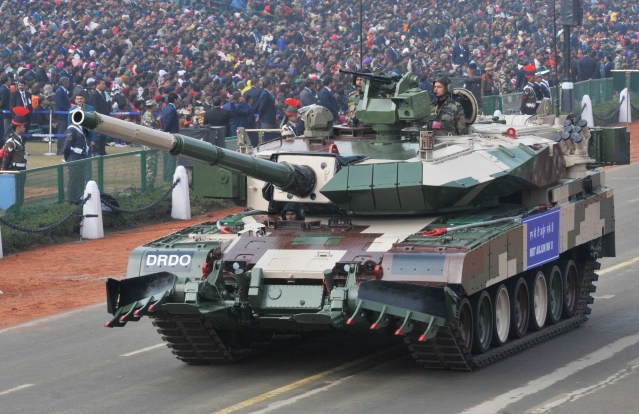 The Defence Research and Development Organisation (DRDO) Chairman S Christopher has said that the organisation has made necessary modifications to the advanced version of the indigenous Arjun Mark II main battle tank as recommended by the Army. The Army had asked for 93 improvements to the tank which includes the capability of firing the anti-tank LAHAT missile, laser protection suite and improved armoured protection for the vehicle.

The DRDO chairman expressed confidence that the tank will be accepted by the Army.

"We have done the modifications... it will go through the trials and there is a possibility that Arjun MK II (battle tank) will be accepted by Army and two regiments have already agreed to induct the tanks," said DRDO Chairman, while talking to reporters.

Christopher was in Pune to inaugurate POINTS 21 Batch of Post Induction Training School programme for newly inducted DRDO scientists at the Defence Institute of Advanced Technology.

As per DRDO, Arjun Mark II can fire missiles, has advanced explosive reactive armour panels, mine plough, automatic target tracking, advanced land navigation system, digital control harness and advanced commander panoramic sight among other features. Arjun will have a better gun barrel with an equivalent firing charge (strength of the barrel to sustain firing) of 500 rounds against the T 72's 250 rounds.

The Chennai-based Combat Vehicle Research and Development Establishment has designed the Mark II version of MBT at its facility. (PTI)

Also Read: How Integration Of Civilian And Military Technology Can Boost Defence Indigenisation