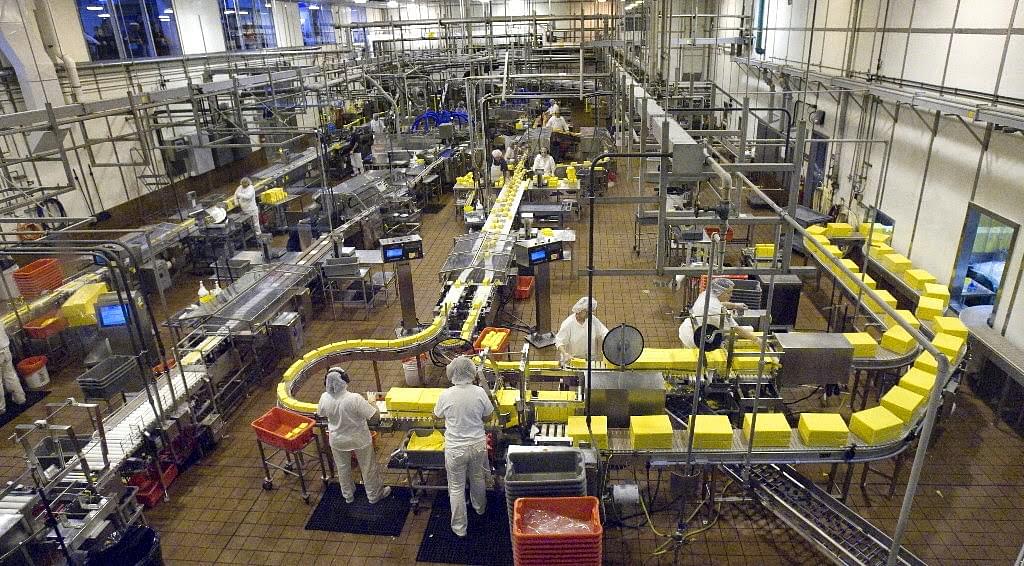 An ASSOCHAM report sees industrial activity to pick up. (GettyImages)

As the call grows for an 'Aatma Nirbhar Bharat' (self-reliant India) in terms of manufacturing of goods and lower dependence on imports, industry body Assocham has suggested that the country should focus on at least major 15 imported goods to achieve import substitution and become self-reliant in the next two to three years.

In a statement, it said that the analysis, based on the latest data, shows that the electronics goods are the largest non-oil import items. Despite the country being under partial lockdown, India imported electronic goods worth $2.8 billion only in May 2020, it said.

"In the circumstance of the industry operating in a normal way, these imports are near about $5 billion a month, a huge drain on the forex which needs to be curtailed," the ASSOCHAM statement said.

The Chamber's Secretary General Deepak Sood said: "While we need to work on a long-term strategy to reduce our dependence on crude oil, in the short to medium term, we must move in a mission mode to be Aatma Nirbhar in at least 15 of the critical sectors. We should work on a twin track of not only investing more to ramp up capacity, but also ensure that the end-consumers get the best of the quality products at internationally competitive prices."

Self-reliance in the real sense would mean an aggressive production and pricing strategy involving scale and speed of execution, he added.

Sood noted that the recent schemes of production-linked incentives for electronics manufacturing and encouraging champions can be a game-changer if pursued vigorously. Both domestic and FDIshould be encouraged in the endeavour, he said.

"The country is capable of becoming self-reliant in all these sectors in the next few years," said the statement.

It noted that the recent reform of allowing commercial mining by the private sector would help lower the import dependence for coal.

"The entire metal pack - iron & steel, non-ferrous - account for a monthly imports of around $3 billion and can be substantially reduced, leveraging domestic capacity and coming harsh on dumping," it said.

A similar scenario can be seen in chemicals, artificial resins and plastics, all accounting for an average monthly import of about $3.5 billion, according to the Assocham statement.

It noted that in terms of agriculture products, imports of vegetable oils, fruits and vegetables alone account for over $1 billion a month.

"These imports can be substantially reduced in a matter of few crop seasons, by incentivising production of oilseeds and motivating farmers to reduce over-dependence on wheat and rice," it said.