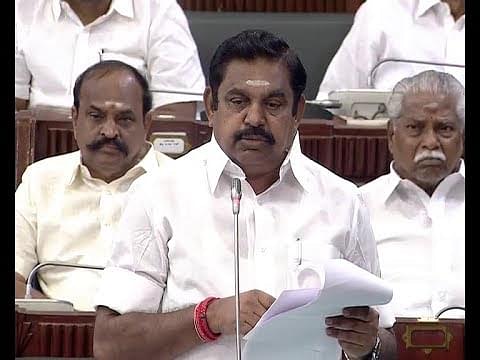 The bill was based on a report submitted by a committee headed by retired judge P Kalaiyarasan, who was appointed by Chief Minister Edappadi K Palaniswami to study the decline in government students getting admitted into Tamil Nadu’s medical colleges. The committee submitted a report pointing the huge disparities in the socio-economic status of the students of the government and private schools. Only four students from government schools got admitted under government quota during 2018-19 and five during 2019-20.

According to the data available with the Directorate of Medical Education (DME), the number of students with a government school background getting an MBBS seat has been steadily decreasing over the years.

Tamil Nadu had abolished the medical entrance exam in 2005, saying that it led to stress among students and that poor students could not afford private coaching. But even under the system of medical college admission using Class 12 marks, the number of government school students gaining medical seats was abysmal.

While the committee headed by judge P Kalaiyarasan recommended that 10 percent of seats could be reserved for students of government schools , the state Cabinet decided to reserve 7.5 percent seats in medical college for government school students.

Speaking in the floor of the assembly, CM said, "Of the 7,968 higher secondary schools in the state, 3,054 schools (38.32 percent) have been run by the government. Of the 8.41 lakh students in higher secondary courses, 3.44 lakh students (41 percent) were in government-run schools. Of the 5,550 medical seats in Tamil Nadu, 4,043 are of state quota. Of this, only 0.15 percent of seats have been given to students hailing from poor economic backgrounds who study in government schools."

The Chief Minister said due to the new horizontal quota introduced by his government, over 300 medical seats will go to students hailing from poor economic backgrounds. Those who studied from the sixth standard to higher secondary schools in Corporation schools, municipal schools, Adi Dravidar and tribal welfare schools, Kalla reclamation schools, forest department schools and other schools managed by the government departments would benefit from this reservation.