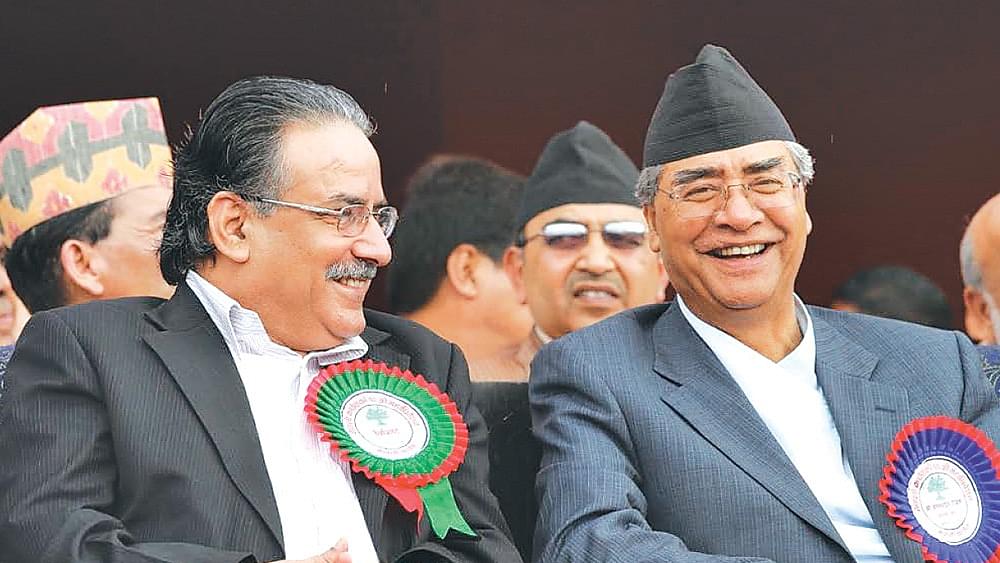 CPN (Maoist Centre) on 3 October announced an alliance with the country’s largest communist bloc CPN-UML, ahead of the general and provincial elections next month. The elections are seen as the final step in the Himalayan nation’s post-war transition to a federal democracy.

Home Minister Janardan Sharma is scheduled to address a press meet later today to announce the party’s decision, the Kathmandu Post reported. Prime Minister Sher Bahadur Deuba during the final parliament meet on October 14 had hinted towards removal of CPN (MC) ministers from the government.

Earlier, Prachanda had said that despite being a part of the Leftist alliance, his party would continue its support to the government. He said that his party does not intend to topple the Deuba government, but would quit the government if Prime Minister Sher Bahadur Deuba wants so.

“We are not for affecting the polls by toppling the government. However, if the prime minister and his party, the Nepali Congress, ask us to leave, we won’t continue in the government,” he had said. Prachanda had said that the decision to forge an alliance with the UML was a result of “extreme pressure and compulsion”.

The Maoists have dominated Nepal’s politics for more than 20 years after waging a decade-long insurgency against government forces that claimed more than 16,000 lives. The civil war ended in Nepal in 2006 and Maoist leader Prachanda became the country’s first post-war prime minister.

The 240-year-old Hindu monarchy was abolished two years later. General elections next month is being seen as the final step in the country’s post-war transition to a federal democracy. The country recently concluded local-level elections in two decades.

Nepal has been witnessing political instability for a long time. Madhesis, mostly of Indian-origin, launched a prolonged agitation between September 2015 and February last year against the implementation of the new Constitution which they felt marginalised the Terai community. (PTI)