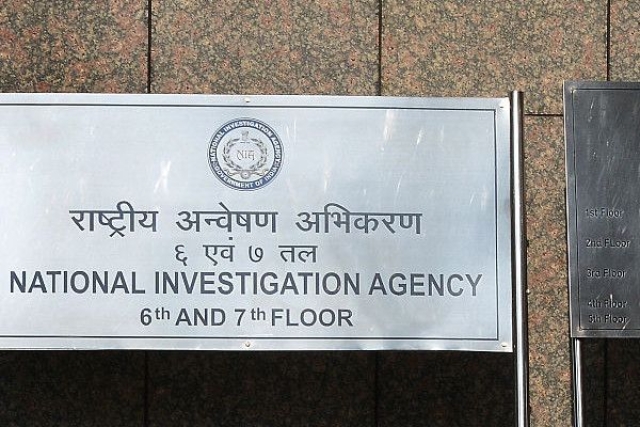 An NIA spokesperson said, here on Tuesday (22 October), the agency filed the charge sheet under several sections of IPC and the Unlawful Activities (Prevention) Act in the Special NIA court in Ranchi on Monday.

The charge sheet included the name of PLFI supremo Dinesh Gope, who is absconding.

The accused have been charged with raising funds through extortion/levy collection and channelising it through banks and dubious shell companies in the names of close associates and family members of Dinesh Gope.

The NIA registered the case on the basis of the Jharkhand Police FIR on 19 January, 2018. The Jharkhand Police filed a case on 10 November, 2016 after the recovery of Rs 25.38 lakh demonetised currency from the operatives of PLFI, which was being deposited into the bank account of a petrol pump owned by one of the accused.

During the investigation, the NIA established that Vinod Kumar, Chandrashekhar Kumar, Nand Kishor Mahto and Mohan Kumar were close associates of Dinesh Gope and were involved in the criminal conspiracy of raising terror funds for the PLFI, said the spokesman.

"It was also established that Sumant Kumar, Nandlal Swarnkar, Chandra Shekhar Singh, Arun Gope, Jitender Kumar, Navinbhai Jayantibhai Patel and Dinesh Gope were part of a criminal conspiracy in channelising the funds extorted from contractors/businessmen engaged in the development works in Jharkhand and investing that into dubious shell companies, like Palak Enterprises, Shiv Adi Shakti, Shiv Shakti Samridhi Infra, and Bhavya Engicon, formed with the partnership of PLFI associates and family members of Dinesh Gope," the official said.

The money was also being transferred from Jharkhand to other places through a network of hawala operators, he added.

The official said searches at various locations in Jharkhand, West Bengal, and New Delhi led to recovery of Rs 42.79 lakh in cash, laptops, mobile phones, and documents relating to extortion and investment in properties.

The NIA has attached Rs 70 lakh movable and immovable properties in the case. The ED has also filed a money laundering case taking cognisance of the NIA FIR and is probing financial transactions of PLFI members.