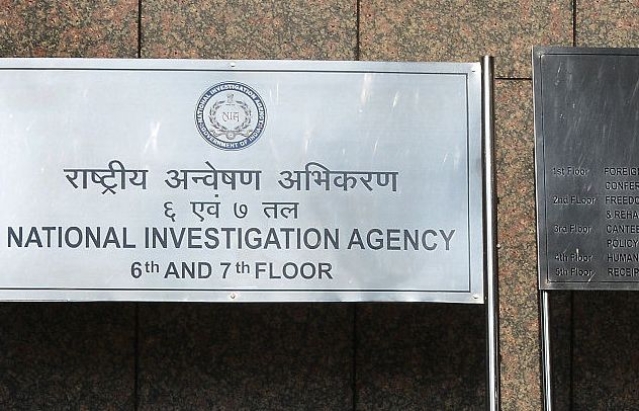 The National Investigation Agency (NIA) on Thursday filed a charge sheet against NSCN-IM ‘Kilonser’ (“Cabinet Minister”) Alema Jamir and her accomplice Masasasong Ao, accusing them of raising terror funds through a maze of bank accounts and business entities on behalf of their group.

Jamir alias Mary Shimrang was arrested by the Special Cell of Delhi Police on 17 December last year at Indira Gandhi International (IGI) domestic airport and an amount of Rs 72 lakh was seized from her.

The NIA later took over the case from Delhi Police.

Resident of Dimapur, Jamir and her associate Ao, who subsequently arrested by the NIA, had entered into a criminal conspiracy and directly raised, collected and layered terror funds through a maze of bank accounts and business entities on behalf of the National Socialist Council of Nagaland-Isak-Muivah, the agency mentioned in the charge sheet filed before a special NIA court here.

Ao and other members of the group helped Jamir in extortion and channelisation of terror funds and committed disruptive acts, the NIA said.

During investigation, the NIA said, many incriminating articles such as prohibited ammunition, prohibited wildlife articles, documents pertaining to modus operandi of extortion by NSCN-IM, drones, satellite phones, documents connected with land deals and cash amounting to Rs 2.70 crore was seized.

“Jamir and her associates have been charged under Unlawful Activities (Prevention) Act, 1967, Arms Act 1959 and other various sections of Indian Penal Code (IPC).