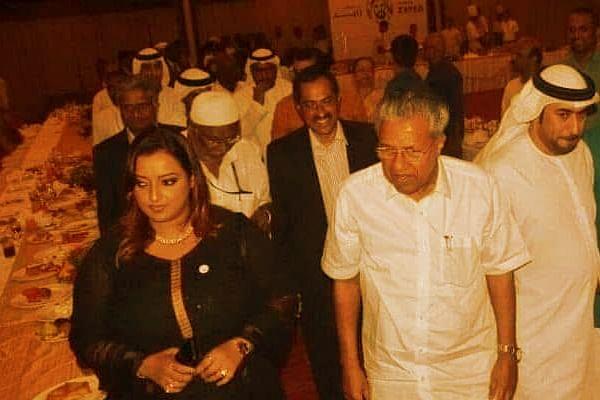 The National Investigation Agency (NIA) had earlier stated that it suspects the accused in the Kerala gold smuggling case to have connections to Dawood Ibrahim’s D-Company. A day after the development, Minister of State for External Affairs V Muraleedharan has asked for the resignation of Pinarayi Vijayan, the Chief Minister of Kerala.

10 individuals arrested in the case were granted bail whereas the pleas of three others for the same were rejected by a special NIA court in Kochi. Ramees KT and Sharafuddin KT are two of the prime accused people in this probe. As per the NIA submissions, they had apparently travelled to Tanzania and visited shops that sold guns. Rameez had also tried to secure a license for the diamond business. Later on, he smuggled gold to the UAE.

“From the UAE, he brought gold to Kerala. Tanzania and Dubai are the main places where the D-company is active. In fact, D-company's affairs in Tanzania are handled by a South Indian named Firoz Oasis. We suspect Rameez's links with D-company. Rameez was caught by the Customs in November 2019 for smuggling 13 .22 mm bore rifles. This happened when the gold smuggling was taking place,” the NIA revealed. They also possess a photograph of Sharafuddin holding a rifle in Tanzania.

In the wake of these disclosures, Minister Muraleedharan tweeted, “@NIA_India revealed about Dawood Ibrahim's connections with the accused in #KeralaGoldScam. It is a grave matter & substantiates the #UAPA charges levelled against the accused & their links to terror groups. I am sure that the NIA & @HMOIndia will take appropriate action.”

He also blamed Vijayan for providing patronage to smugglers and anti-national elements, in addition to providing security to criminals. “@NIA_India's revelations expose the patronage given to smugglers & anti-national elements in @CMOKerala & how @VijayanPinarayi has been sheltering criminals. CMO has become a safe-haven for such elements. Kerala CM must resign!” the senior leader stated.