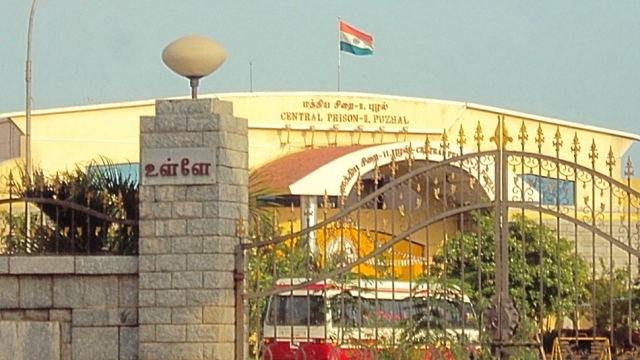 Three Al Ummah operatives, one of them involved in an attempt of senior BJP leader L K Advani when he visited Madurai in 2011, attacked a Tamil Nadu vigilance department sub-inspector inside the Central jail premises in Chennai suburb Puzhal on 11 July. No case has been filed against them by Tamil Nadu police, wary that the prison authorities will have to face flak.

The authorities are already under pressure after a rowdysheeter “Boxer” Murali was killed inside the prison premises last month.

Tamil daily Dinamalar reported that the sub-inspector had gone to the prison to inquire murder of Murali, killed by a rival gang. Six persons have been arrested in this connection.

When the sub-inspector was carrying out an inspection of the murder spot, the three operatives - Panna Ismail, ‘Police’ Fakruddin and Bilal Malik - confronted him and questioned his presence in the prison premises. They three then attacked him, tied up his legs and hands and took him into their cell.

Senior prison officials, who rushed to the spot on hearing about the attack, got the police official released after negotiating for half an hour. Neither prison officials nor the vigilance were ready to accept the sub-inspector’s complaint. They reportedly told him to avoid filing a case since the prison authorities had already earned a bad name after Murali’s murder.

Ismail, Fakruddin and Malik are in jail with quite a few cases against them - the most important being forming “Muslim Defence Force” formed to assassinate a popular leader in Chennai in 2013. The three were also involved in the murders of BJP leader ‘Auditor’ Ramesh in Salem on 19 July 2013 and Hindu Munnani leader S Vellaiyappan on 1 July 2013 in Vellore. They have also been charged in the April 2013 Bangalore blasts.

Ismail, in particular, has been charged with attempt on BJP leader L K Advani in 2011 with pipebombs besides trying to plant bombs at Lord Venkateshwara temple in Tirupati.

On 2 March, Ismail threatened police when he was being taken back to prison after his parole ended.