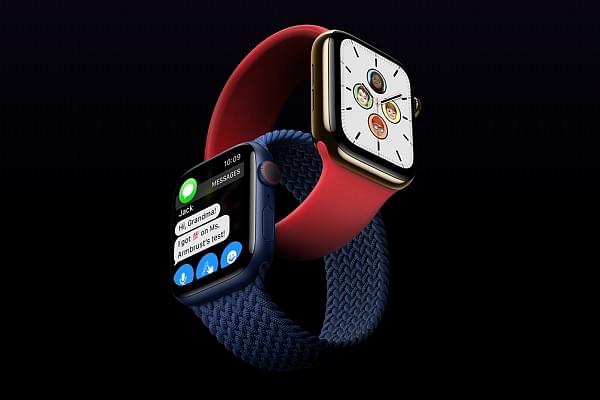 Keeping the new iPhone 12 series for a later launch, Apple on Tuesday (15 September) introduced new Watch Series 6 with a revolutionary Blood Oxygen sensor in the Covid-19 times, a cheaper Watch SE for its aspirational fans and an iPad Air with industry-first A14 bionic chip.

The new iPad Air in 64GB and 256GB configurations and five colours will be available in October at the Apple Authorised Resellers.

The company also introduced the eighth-generation 10.2-inch iPad with Retina display. Starting at just Rs 29,900, the iPad features the powerful A12 Bionic chip that brings the Neural Engine to the entry iPad for the first time.

The India availability of the newly-launched devices will be announced at a later date.

The iPad Air features an all-screen design with a larger 10.9-inch Liquid Retina display, camera and audio upgrades, a new integrated Touch ID sensor in the top button, and the powerful A14 Bionic for a massive boost in performance.

“Along with major upgrades to the iPad Pro and eighth-generation iPad this year, and the powerful new features of iPadOS 14, this is our strongest iPad lineup ever, giving our customers even more ways to enrich their daily lives.”

Oxygen saturation, or SpO2, represents the percentage of oxygen being carried by red blood cells from the lungs to the rest of the body, and indicates how well this oxygenated blood is being delivered throughout the body.

Apple Watch Series 6 houses a faster S6 System in Package (SiP) and next-generation always-on altimeter, along with its most colourful lineup yet, featuring a beautiful palette of new case finishes and bands.

Apple said it is joining forces with researchers to conduct three health studies that include using Watch to explore how blood oxygen levels can be used in future health applications.

Apple Watch Series 6 uses a new dual-core processor based on A13 Bionic in iPhone 11, the upgraded S6 chip runs up to 20 per cent faster, allowing apps to also launch 20 percent faster, while maintaining the same all-day 18-hour battery life.

Apple Watch SE features a stunning Retina display, with thin borders and curved corners, that is 30 per cent larger than Series 3.

A variety of new Watch faces are optimised for the display, so customers can easily view notifications, text messages, workout metrics, and more.

The Digital Crown with haptic feedback generates incremental clicks with an extraordinary mechanical feel as it is rotated, Apple said.