No More Bumpy Manholes On The Road: Hyderabad Bodies To Implement New Tech For A Smooth Drive 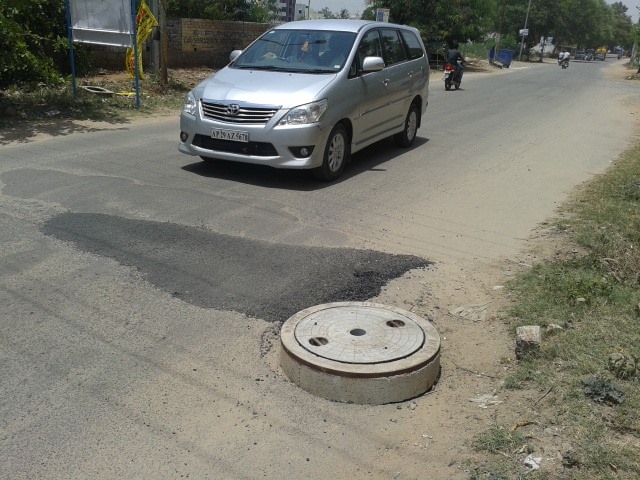 Once the work is reviewed, the same technology would be used by the two local bodies to replace 18,000 manhole covers across 2,000 kilometres of road-length. (representative image) (Photo- Organizing for the Future/ Facebook)

The Hyderabad Metropolitan Water Supply and Sewerage Board (HMWSSB) and the Greater Hyderabad Municipal Corporation (GHMC) have started to rectify irregular manholes in the city by using the ‘bucket concrete mixer’ technology, the Times of India reports.

HMWSSB’s GM of the O&M Division-VI (SR Nagar), M Prabhu said, “Initially, on a pilot basis, the water board has chosen to fix two manhole covers on the Punjagutta-Khairatabad stretch, using this technology. It will carry out works in other parts of the city soon.”

Once the work is reviewed, the same technology would be used by the two local bodies to replace 18,000 manhole covers across 2,000 kilometres of road-length.

Prabhu said that the technology would be used to lower or raise the manhole covers and remove them, after which the area surrounding the manholes would be filled with concrete, and the lid would be placed parallel to the road's surface.

“Traffic will be not allowed to ply over the manhole cover for about 24 hours to enable the concrete mix to dry. Barricades will also be put up near the manholes, as a precautionary measure,” an official from the water board said.

According to another water board official, the cost of bucket concrete mixer used to fix a manhole is at Rs 15,000. The MD of HMWS&SB, M Dana Kishore will be inspecting the work of the reconstruction of the two manholes under the latest technology said deputy GM of the city’s water board, G Saritha.