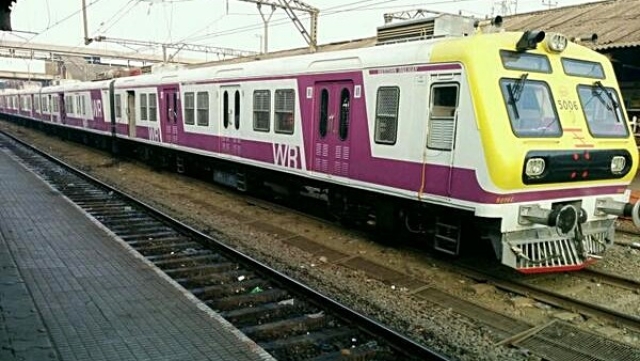 A local operated by Western Railways in Mumbai (pic via Twitter)

In a bid to avoid significant impact on railway traffic during the monsoon, the Western Railway (WR), which has its headquarter in Mumbai, and local municipal authorities are coming up with special arrangements to lessen the plight of the train passengers in the rainy season, reports Financial Express.

Maharashtra receives heavy rainfall during the monsoon season due to which many of the train services of the state, especially in and around Mumbai, get disrupted. Therefore, special arrangements are being made to ensure smooth flow of rail traffic.

According to the report, three new culverts are being constructed at Vasai-Virar railway station to ensure that during heavy rains, the water smoothly flows below the railway track. Rs 22.6 crore has been submitted by the Vasai-Virar City Municipal Corporation (VVCMC) to the WR in this regard.

The VVCMC has also invited a tender for fixing a drain in the eastern side of the railway track between Nalasopara and culvert number 83, while the bid for de-silting of the drain has reportedly already been awarded.

The work on cleaning the existing choked culverts beyond Nalasopara station had started from 25 January this year. The cleaning will help in proper flow and drainage of rainwater coming from various areas of the city.

The VVCMC is also tying up with MAHADA for widening choked culverts at several locations, while three new such water flow channels have to be constructed by the state government in bundh connecting to Vaitarna creek.

Apart from these steps, there are encroachments to the eastern side of the Nalasopara railway station which obstruct the flow of water in the rainy season. The VVCMC will reportedly take action in this regard.

Further, to prevent stormwater coming over the rails, the WR has constructed a boundary wall parallel to the track on east and west side near Nalasopara station.