‘No More Red Corridors, Left Wing Extremism To Be Wiped Out From India In Three Years’: Rajnath Singh 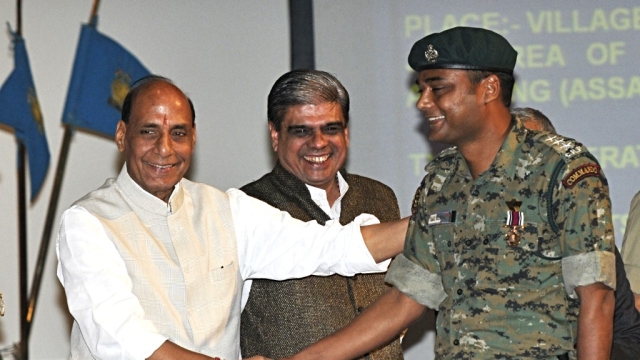 Addressing Rapid Action Force (RAF) troops on their 26th-anniversary celebrations in Lucknow, Union Home Minister Rajnath Singh on Sunday claimed the menace of Left Wing Extremism (LWE) would be wiped out from the country within three years, reported The New Indian Express(TNIE). Districts affected by Maoist violence have come down from 126 to as low as 10-12.

LWE would be eliminated in one-two or three years, “This would happen due to your (CRPF) determination, courage and hard work and that of the state police forces.” The RAF is part of the Central Reserve Police Force that tackles the LWE issue along with police.

The Chattisgarh government had earlier announced its plan to free the conflict-ridden Bastar and other areas from Maoist stranglehold by 2022. “Yes, we are going ahead with the plan. The CM has set the deadline of 2022,” the Special DG (anti-Maoist operation) D M Awasthi told TNIE. Rajnath Singh though seemingly advanced the timeline.

“Maoists are now facing leadership problems as they don’t have second rung leaders. With local pressure on the mounting, their recruitment is going down drastically. They are also not able to get outside support as well. So, the Union home minister was going by the ground reality,” said Brigadier (retired) B K Ponwar, Director, counter-terrorism and jungle warfare college, based in Kanker, north Bastar.