No One Will Be Allowed To Break Law In Haryana, Says CM M L Khattar Ahead Of Rahul Gandhi's Visit To Oppose Farm Laws 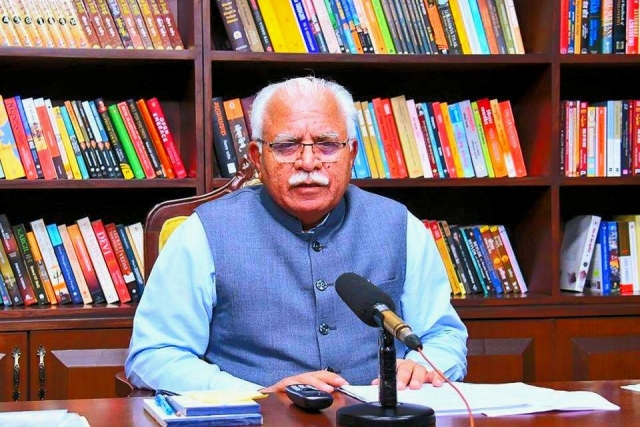 Ahead of Congress leader Rahul Gandhi's proposed visit to oppose the agricultural laws in Haryana, Chief Minister Manohar Lal Khattar on Sunday (5 October) said no one will be allowed to take law and order in their own hands within the state.

He said the tendency of Congress to lie will not be allowed to continue.

The Chief Minister was replying to a question by the media in Karnal city regarding Rahul Gandhi's visit to Haryana to participate in the protests against the agricultural-related Acts recently passed by the Central government.

Taking a dig at Congress, the Chief Minister said that before this they had protested regarding the Citizen Amendment Bill, the removal of Article-370 in Jammu and Kashmir and the 'Ram Janma Bhoomi' but no one was harmed.

Khattar said when nothing happened back then, nothing will happen even now.

All of this is going to end very soon because people and farmers have now understood everything.

He said the farmers are being tricked. Farmers and arhatiyas are being misled but they will not fall prey to such tactics, he added.

The Chief Minister said it seemed the Congress MP has no other work.