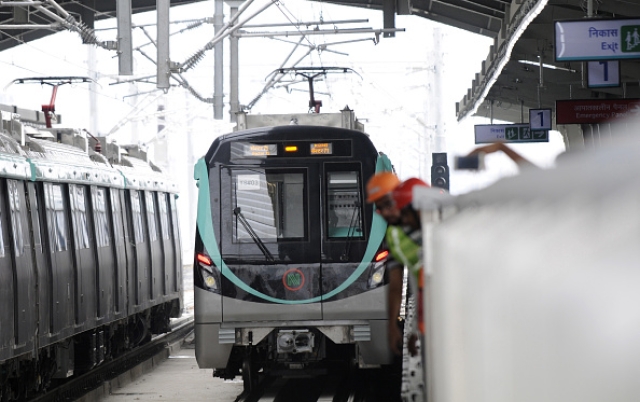 Noida Metro’s newly inaugurated Aqua Line has been receiving ample patronage from passengers and has maintained a punctuality of 99.99 per cent since the commencement of operations, Press Trust of India has reported.

The metro completed two months of operation on 25 March.

In total 6.49 lakh commuters have used the Aqua Line since its inauguration out of which a ridership of 3.24 lakh was recorded during the month of March. The line is currently clocking a daily ridership of 11,000 on an average.

The overall growth of Noida Metro Rail Corporation (NMRC) too is commendable as it grew almost 57 per cent in March.

“NMRC's ridership increased almost 57 per cent in the month of March, it touched the highest ridership of 17,164 on 15 March”, as per NMRC statement.

In the two months, Noida Metro has clocked a revenue of almost Rs 2 crore. The ridership which was about 13,000 on first day of operations and increased to 17,000 by 25 March.