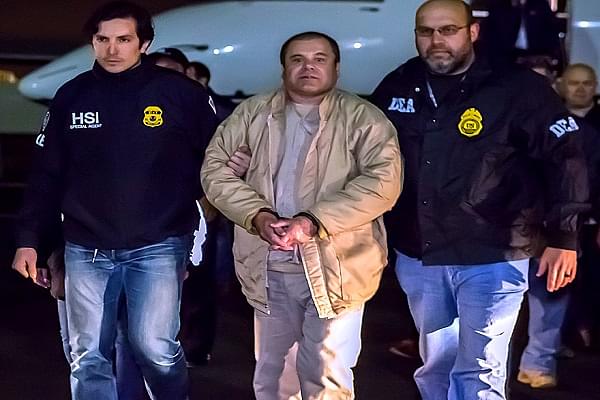 The Mexican drug kingpin Joaquin "El Chapo" Guzman was sentenced for life behind bars in a United States (US) prison by a federal judge in Brooklyn, New York five months after his conviction in a drug-trafficking case, reports Livemint.

The 62-year-old drug lord notorious for his ability to kill, bribe or tunnel his way out of troublesome situation was brought to the US to stand trial after he had twice escaped from the Mexican prisons.

Wary of his history of escaping from Mexican prisons, US authorities have kept him in solitary confinement in an ultra-secure unit at a Manhattan jail and under close guard at his appearances at the Brooklyn courthouse where his case unfolded.

In Mexico, Guzman was protected by an army of gangsters and an elaborate corruption operation. Under his orders, as per the evidence, the Sinaloa cartel smuggled mountains of cocaine and other drugs into the US during his reign of 25-years.

Meanwhile, his defence counsel argued that he had been framed by other traffickers who became government witnesses so they could get breaks in their own cases.