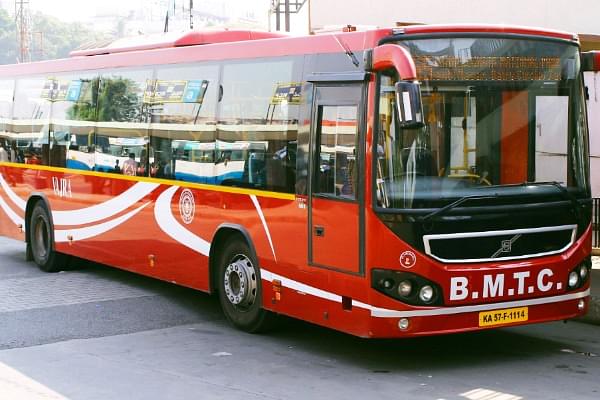 Dare to Understand behaviour, Respond appropriately and Guard yourself Ably (DURGA) is here to bolster the safety of women commuters in the city, reports The New Indian Express. More than 100 panic alarms will be installed in the buses of Jayanagar, Shantinagar and Banashankari depots.

These alarms will help women, especially who are travelling alone and during late hours. The Bangalore Metropolitan Transport Corporation (BMTC) has signed a pact with DURGA - a citizens' initiative launched by Priya Varadarajan.

“Alarms installed earlier have been used not only for prevention of sexual harassment cases but also for reporting chain snatching and pickpocketing in the BMTC buses,” said Priya.

The alarms were designed by the students of M S Ramaiah Institute of Technology and manufactured by a Bengaluru-based firm. Each alarm costs Rs 7,000, and the project is funded by ‘The HANS foundation’ and Bus Prayanikara Vedike, which has been spreading awareness about the existence and use of ‘DURGA alarms’. Bus drivers and conductors have been given training on how to deal with situations once the panic button is pressed.

Each bus will have a series of switches placed on either side of the bus on the panel between the windows. It has been ensured that the alarm is easily accessible to children too. The alarm has already been pressed at least ten times. Once the alarm is pressed, the driver needs to stop the bus, after which the conductor will locate the distress and intervene. If the situation cannot be handled, the conductor will contact the Depot Manager, who will inform the police if needed.